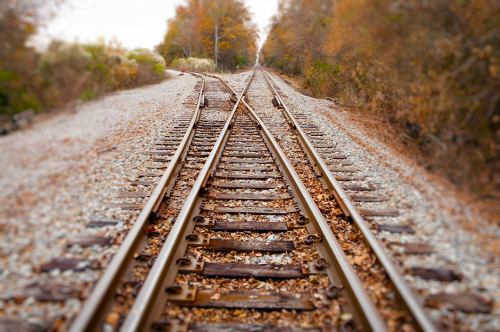 The Paradox of Religious Unity

The unity of religions/denominations is paradoxical. A sectarian interpretation of religion or denomination claims its superiority over others as the reason why people should choose it and not others; if a path to salvation is available otherwise, why would or should anybody choose one particular path. Furthermore, if a path is the exclusive way to salvation, why would anyone accept or care about other religions/denominations?

Is the idea of the unity of religions/denominations just a concession for practical reasons, such as to minimize damage on both sides? This kind of unity is fragile because it can be easily broken when power imbalances become evident. One’s openness to others is merely diplomatic; there is often a deep distrust underneath their friendliness.

Some understand unity as the embrace of others. This open attitude, however, can be problematic. If you are convinced of the absolute supremacy of your group over others, backed by a consciousness of being part of the chosen people, this embrace may be nothing more than pity for confused, ignorant people who you believe are distant from God, and all you can do is be patient as they awaken to your version of the truth.

Although some may take a more inclusive stance toward others, others take exclusivist attitudes, including many Unificationists. At the root of denominational conflicts, there are exclusivist convictions. The sharp contrast in a God-Satan or Good-Evil scheme can intensify the justification of the self and the demonization of others, which is ironic for conflicting denominations that share nearly identical core values and ideals.

The irony here is a radical gap between God’s perspective of all (as Unificationists understand) and the stance of Unificationists. In Unificationism, God’s absolutely embracing heart or love for all is what makes God great. If God is an exclusivist, it is nearly impossible for Unificationists to value God; from the Unificationist standpoint, God seems to be free from denominational concepts, yet those who claim to be the exclusive representatives are often bound by exclusivism.

How does Unificationism present a solution for this dilemma, if at all? Where in Unificationism do we find the clues to develop an interpretation that will help us cope with this historical paradox?

Since revelation and intuition often take the form of symbols, images and feelings, a process of interpretation is required to disclose their meanings. We come to grasp their meanings by placing them into contextual layers, and in this process of contextualization, conceptual schemas work to link, compare and classify meaning.  Revelation is not free from interpretation and this conceptual discourse. Theology is a way to understand who God is and how God works. Although it is a means by which to comprehend God’s works, it also limits what we can understand. Although theological disputes among conflicting parties are worthy endeavors, they also expose the limits of each perspective.

Trans-conceptuality (this author’s terminology, not Dr. Sang Hun Lee’s) in UT suggests there are limits to what our conceptual understanding, including theology, can accomplish. In other words, it characterizes God as beyond conceptual disputes by imposing an absolute limit upon human understanding.  UT, as presented in the texts by the late Dr. Lee, describes God as an object of conceptual analyses. Readers may be surprised by UT’s excessive conceptual analyses of God’s natures, structures of existence, and others. Nevertheless, he limited an exposition of God to our “imagery,” thus entitled an ontology of God as the Theory of Original Image (God’s Image). Furthermore, near the end of this chapter, Dr. Lee points out an a-temporal, a-spatial “oneness” in God (“Unity in Structure of the Original Image”), which implies the trans-conceptuality of God. Although Dr. Lee does not explore it in depth, he apparently imposes limits on a conceptual (human) understanding of God in UT.

Furthermore, trans-conceptual attributes, which are ascribed to God, are definable only by way of negation. For example, we comprehend/define infinite as not finite, eternity as having no beginning or end. UT’s ontology of God, thus, contains an element of Negative Theology, which is linked to traditions of mysticism. This aspect of the Principle can be further explored.

What do self-imposed limits on comprehension imply? By limiting the entire doctrinal, conceptual, and linguistic understandings of God, it opens ways to see God in new and unnoticed places. On one hand, Unificationism argues for God’s omnipresence and loving care for all people; on the other hand, stances of denominational supremacy prevent Unificationists from seeing the diverse workings of God as anything but hierarchical commands delivered through an organizational system or a narrow community of people who share a denominational doctrine.

Encompassing Capacity of Love and Quality of Spirituality

The challenge of being open to others is in drawing the line between what is acceptable and what is unacceptable. Believers often impose a sharp distinction between God and the Devil/Satan or Good and Evil. If one applies this scheme narrowly, the paradox of religious/denominational unity will never be resolved. 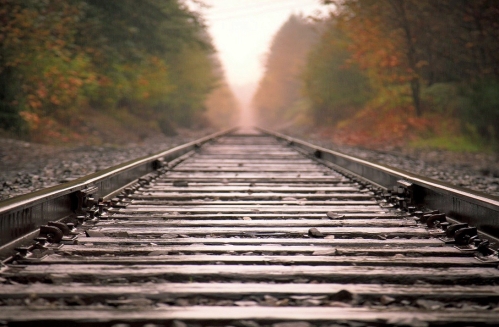 The trans-conceptuality thesis imposes a limit on such discourse and shifts the stance from the conceptual to the attitudinal, an existential dimension of the Principle rooted in love. In Unificationism as well as in other religious traditions, the greatness of God is seen in God’s capacity for love, and the growth of human spirituality is defined by the degree of one’s embodiment of this capacity for love. Although the Principle holds that the dimension of heart or love is central, our current interpretive framework of the Principle does not reflect that position. If we use the quality of God’s love as the standard of spiritual maturity, some Unificationists remain low in spiritual maturity. In this sense, some can fall into a delusional group-centered narcissism, whose spirit is far from the kind of love they claim to embody.

Unity in the Principle is not a restrictive perspective that reduces our vision to dogma, but it is a perspective that opens our eyes to the diverse works of God that enrich the human experience with the divine.

Genuine respect for others is the necessary condition for religious/denominational unity; such an attitude is possible when believers truly see how God is working in others. The realization of the limits of our understanding of God and the commitment to open oneself to God are the pre-conditions for such a paradoxical task.

Dr. Lee acknowledged the limit of his highly conceptual approach to God. It recognized a trans-conceptual dimension of God, which is explored by negative theology and mysticism. The exploration of such an aspect of the Principle can open the possibility of broadening the perspective of Unificationism beyond denominational theologies.

The unity of religions/denominations is a very difficult task. Yet, this is one of the central theses of Unificationism. An exploration of the cluster of issues on unification is central to its identity. Despite its claim of the finality of its truth (Unificationism claims the Principle to be the “final truth”), the contents are quite vague and require clarification.

Theological disputes, political struggles, and other social-political-economic factors are part of the natural process of development. Nevertheless, multilayered disputes in religious groups lead to mutual destruction. A conscious effort to seek religious reconciliation and unity is the demand that is intrinsic to and derived from the claims of Unificationism.

Dr. Keisuke Noda is Professor of Philosophy at UTS. His books include Even Then I Keep Living (Tokyo, Japan, 2010), and Narrative History of Philosophy (two volumes) (Niigata, Japan, 2004).

8 thoughts on “The Paradox of Religious / Denominational Unity”