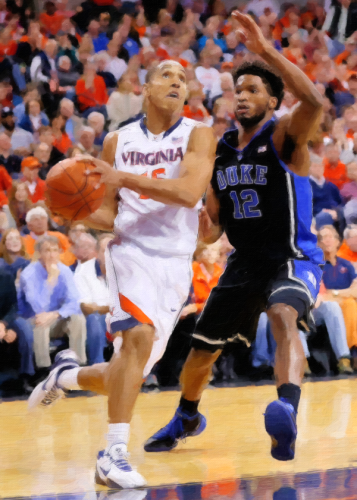 We are big basketball fans at my house. Every March we fill our brackets and root for our team to go all the way. I usually pick the underdogs and end up enduring a lot of “trash-talking” when they lose.

For the people who are focused on things like jobs, politics and careers and missed the text message, “March Madness” refers to the NCAA Division I national men’s and women’s tournaments of the top 68 teams (64 for women) in college basketball, “win or go home” contests with no consolation prizes. For most of these athletes, this represents the biggest stage they will ever perform on. Very few will continue on to pro basketball after college, and most of those that do will have unremarkable careers. This is their big moment!

What makes this tournament so special is the unscripted drama of ten young men or women and countless coaches, parents, students, and alumni locked in a battle that will never be replayed. Players have prepared their whole lives for this moment: morning practices, evening games, endless drills, miles of laps around the gym, that lead to a nationally televised championship game in front of a full field house of screaming fans.

Professional sports often seem like a soulless battle of technically excellent players with no feeling required. College students do not have the cynical detachment of the pros; they believe, and pour themselves into their game with raw emotion.  Victories often hang on a lucky, last second shot, the momentum swings back and forth, the fans sometimes seem to boost their team over the opponent in spite of impossible odds. This tournament sees all of these moments.

College teams depend on their coaches. Coaches on this level are technical wizards, professors of X’s and O’s drawn on erasable clipboards. They also have to be father figures, disciplinarians, social workers and amateur psychologists. A well-coached team will almost always prevail over five remarkable athletes and a mediocre coach. Many coaches make more money than the college president of the school they represent.

Teamwork. You can’t play at a Division I championship level without a healthy ego. On the other hand, the teams at the top all have players who will surrender their chance for a big play for team success. Many times the most effective player is the one who sets picks, plays defense and rebounds, not the one who shoots the most. While the public acknowledges the shooters, fellow teammates often respect the “blue collar” athlete the most.

Let’s look at the ballplayers who don’t make it to the “big dance.” They practice just as many hours, mean well, talk about the game and often have a pretty good set of skills. They can be phenomenal athletes, or have exceptional skills, but they don’t get to realize their dream. When I went to college, I tried out for the basketball team, but although I was a big deal in my small rural school, everyone who tried out at college was a big deal somewhere. The ones who ended up on the team were exceptional.

What does any of this have to do with spiritual life? Sometimes the players “give all the credit to God” on national TV when they win, but that’s not it.

Everyone is destined to play in a “big game” somewhere, sometime. Each of us has a unique set of abilities, a family foundation of values and goodness, and an original mind to guide us forward. Somewhere in front of each of us is a place where all our talents, efforts and dreams come together to take the best of ourselves and make something of value to God and the world. To reach that point in life requires a lot of the same character exhibited by winning teams — and that is where we need real spirituality.

According to the Divine Principle point of view, each of us is a historical figure. We are planted at this time in history with a unique set of skills, unlimited potential and a web of ancestors and cultural traditions and values. As we focus our intentions on goodness, we can manage our lives to live in an upward spiral of goodness — or we can coast. Very few people choose a path of destruction or evil; most people settle for “OK.” Those are the people who are watching the Final Four, not playing in it.

Let’s carry the analogy a little further. You are probably not 6’ 8” with great speed and a nice jump shot. But you probably do have interests and abilities that most other people don’t and that are just as valuable to the team God intends you to play on. There are many people who are really tall that never become basketball players. That is fine, unless they never become anything else either. If one has a gift, it is existentially critical to make effort to realize and implement that gift, not just for your sake, but for everyone around you and to fulfill God’s hope. Spiritual people often think that “not sinning” is good enough.   That is like a basketball player that won’t shoot unless no one is guarding him – it’s passive and ineffective. I think that to play successfully in this life, one has to aim for the top of one’s abilities and opportunities. Anything less is embarrassing.

In our Unificationist tradition, goodness is inspired by love, directed by intellect and demonstrated by action. While there are many ways to pray about and think about God, it is not enough to think and pray — you have to score. Doing is the proof of good intentions, words without actions are incomplete. Think of the athlete sitting in a bar, watching a game on TV and criticizing the players on the floor; no one cheers for him.

It is likely that whatever is your highest destiny, it won’t be just you. Almost all great events happen in a group of people, with scattered input from coaches and mentors, peers and subordinates, working in a complex web of ignorance, hope and confusion to create something great for both God and humans. It is not good enough to have a unique skill; you must be able to “play well” with others in order to realize the benefits of your God-given gifts. 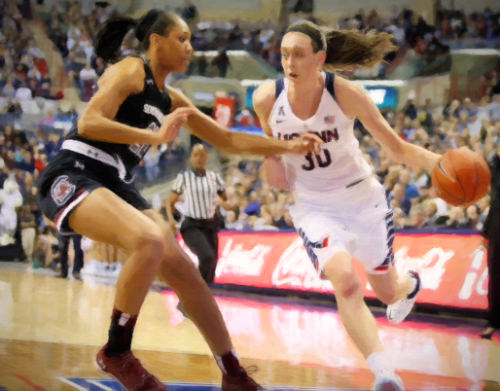 One other piece all great athletes have is “coach-ability.” There are many great athletes. The difference between a skilled loser and a winner is often the ability to benefit from others’ experiences. Successful people surround themselves with friends and acquaintances who are as smart as they are and willing to share information and skills. The most effective life coach may not write on a clipboard, but he or she will push you to bring out your best in every circumstance.

Let’s say someone puts it all together: he identifies his passion area, skill sets, and feels led to a certain area. He gets help and coaching, and humbles himself to learn the trade and studies and practices constantly.  Is this person automatically going to play in the big game in their “gifted area?” Not necessarily.

The reason I love this time of year is that all the players at this level have these well-developed skills, talents and abilities. They all are well-coached and work well as a team.

The final thing that distinguishes the winners from the spectators is heart. Players in this tournament “play their heart out.” They “leave it all on the floor.” They cry when they lose, and many cry when the win. They don’t have a single ounce of will left when the final buzzer sounds. It is beautiful.

Perhaps this is the ultimate parallel to a real spiritual life. When teams “quit,” when they “go through the motions” or “run out the clock,” they get into trouble. Fans change the channel, the team loses momentum.

It has to be the same for our real spiritual life. Going to church, donating money, reading  scripture — these are just drills; they do not put you in the big game.

If our movement is to thrive over this century, it will need “players” — men and women who bring their “A” game, who leave it all on the court and who put it together with their teammates to win it all.♦

John Redmond is CFO of UTS. He is the proud father of four interesting children, and has high expectations for the American Unification movement. He’s rooting for Duke in this year’s NCAA Division I Men’s Basketball Tournament.

3 thoughts on ““March Madness” and a Real Spiritual Life”