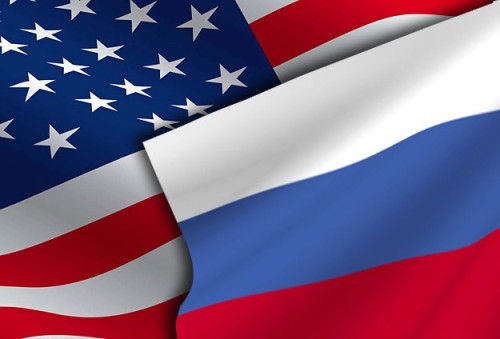 Anyone reading the news over past months cannot fail to notice that Russia has asserted itself in significant ways on the world stage. Some of its actions, such as sheltering former NSA computer analyst Edward Snowden, ran counter to American interests and prompted angry protests against America’s surveillance programs. Other actions, such as its intervention in Syria, helped the United States avoid a possible war, at least for the present. This article attempts to sort out these actions and others in light of what Unificationists would interpret as God’s will.

Rev. Sun Myung Moon declared the United States is the “elder son” nation in 1998. Most Unificationists understand this to mean that America is to be a model for the rest of the world, manifesting righteousness, upholding civil and religious liberties, and sacrificing itself or at least serving humanity. These ideals resonate with longstanding views of the United States as a “redeemer nation.”  America was great, Alexis de Tocqueville wrote, “because America is good.”  American democracy was, in Lincoln’s phrase, “the last best hope of earth.” In the 20th century, the U.S. saved the world from the twin evils of fascism and communism. In the process, it became the world’s lone superpower.

The idea of the U.S. as the world’s sole superpower seems almost quaint today, barely more than a decade into the 21st century. China has risen as a formidable competitor, militant Islam is on the march, North Korea regularly threatens the U.S. with nuclear weapons, Syria already unleashed chemical weapons, and America is not yet disengaged from wars of attrition in Iraq and Afghanistan much less from a global war on terror.  Internally, America is divided, mired in a government shut-down and debate over paying its debts. There is little question that Americans feel less secure today than at the turn of the century.

Many factors, both foreign and domestic, have hindered the United States in exercising its “elder son” role. However, two stand out.  First, U.S. leadership, especially since 9/11, has incorrectly interpreted the doctrine of American exceptionalism. Going back to the Puritans, the likening of America to “a city on a hill … a light to the nations” implied that it was the world’s great exemplar, the fullest embodiment of freedom, self-government and the rule of law. However, during the first decade of the 21st century, American exceptionalism has been reinterpreted to mean the United States was “above” or an “exception” to the law, specifically public international law, and privileged to act unilaterally.

Second, Americans have incorrectly interpreted freedom.  Again dating back to the Puritans, U.S. civil liberties have been securely anchored within a compass of moral values and the public good. America was great because she was good. However, in contemporary American society, freedom has come to mean the freedom to do most anything one wants so long as it doesn’t interfere with anyone else’s freedom to do most anything they want. As a consequence, the United States has become identified with moral decadence and individualism.

This returns us to the provocative question of whether, from a Unification viewpoint, America’s old adversary, Russia, is more aligned with God’s will than the United States. In a 1989 interview with Za Rubezhom, a Russian weekly, Rev. Moon stated, “through … efforts in favor of true democratization and true religious freedom, the Soviet Union will be able not only to keep up with the West but to overtake it.”

The Soviet Union, of course, is long gone, but Russia lives. And in an odd role reversal, it has taken positions over the past decade or longer that are more in accord with international norms in politics, traditional values in morality, and idealism toward the future than has the United States. This is evident in contrasting U.S. and Russian stances on matters related to: war and peace, mass surveillance programs, persecution of Christians in the Middle East, same-sex marriage, the Bering Strait crossing, and Korean reunification.

War and Peace. In 2003, the U.S. invaded Iraq to disarm Iraq of weapons of mass destruction which didn’t exist. Rev. Moon opposed the intervention, stating, “Why must we continue this insane barbarism, pouring countless dollars into wars that do not accomplish anything more than death?” He described America as a “lion” and smaller countries as “hyenas,” but cautioned that hyenas working as a team can drive the lion away. Russia also opposed the war, called it a “serious mistake,” and said only the UN could solve the dispute. More recently, Russia upstaged the U.S., taking a leadership role in the Syria crisis, something the U.S. alone or even with its allies was incapable of doing. The Russian president went so far as to pen a New York Times op-ed, lecturing the U.S. on adherence to international law and questioning American exceptionalism. This was especially troubling as lecturing others on moral responsibility had heretofore been an American entitlement.

Mass Surveillance Programs.  In May, Edward Snowden disclosed classified details of U.S. mass surveillance programs aimed at its own citizens and those of allied nations. This prompted charges that the U.S. had violated civil liberties protected by the Fourth Amendment to the Constitution (freedom from unreasonable search and seizure) and Article 12 of the Universal Declaration of Human Rights (arbitrary interference with privacy). The U.S. moved in a forceful way to try to extradite Snowden, threatening reprisals against countries offering him asylum. Russia resisted, and in another odd role reversal, offered temporary sanctuary to an American human rights dissident.

Persecution of Christians in the Middle East. Christians in the Middle East have been decimated since 2003. Two-thirds of Iraqi Christians have vanished, the majority living in refugee camps. Egyptian Copts have battled against destruction of their churches, and Syria’s Christian minority fears extinction if the Assad regime falls. Legislation passed in the U.S. House of Representatives to create a State Department special envoy to advocate for religious minorities in the Middle East died in the Senate and the last two U.S. administrations have been silent. Ironically, formerly atheist Russian officials have protested. In August, on the occasion of the 1,000th year anniversary of the Russian Orthodox Church, Putin extolled the church for “giving Russians a moral compass” and urged the world’s political leaders to stop the violent persecutions against Christians in Middle Eastern countries.

Same-Sex Marriage. The U.S. Congress passed the Defense of Marriage Act in 1996 which defined marriage solely as a union between a man and a woman. The act is a dead letter today, having been ruled unconstitutional by the U.S. Supreme Court on June 26. Five days later, Russia enacted legislation prohibiting same-sex marriage, the promotion of homosexuality to minors and Gay Pride parades, positions strongly supported by the Orthodox Church. Putin castigated the West for losing touch with its Christian roots when it came to gender questions. He denied there were laws in Russia to punish sexual minorities for their orientation but insisted that “one-gender families” and exaggerated political correctness were leading countries into degradation and a deepening moral crisis.

Bering Strait Crossing. In 2005, Rev. Moon renewed his call for an International Highway system, focusing on “a passage for transit across the Bering Strait.” This, he said, will connect the world “as a single community.” However, no representative of the U.S. has publicly expressed interest in extending and connecting Alaskan-Canadian rail links, much less building a Bering Strait crossing. The U.S. Department of Transportation does not even consider preliminary work “reasonably foreseeable.” Russia, on the other hand, has been more than supportive. In 2008, Putin approved a plan to build a railroad to the Bering Strait vicinity, a vital step toward constructing a tunnel. Since 2011, the railway has been under “active construction” with its first phase scheduled to be completed this year. The issue, according to one commentator, “is really one of world vision and political will, rather than simply a cost/benefit analysis.” 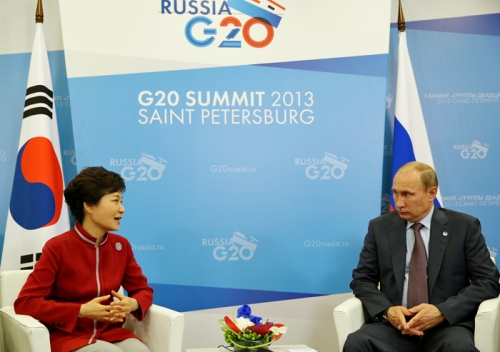 Korean Reunification. Korean reunification is fundamental to the Unification movement’s vision of world peace. Since 1953 the U.S. has supplied monetary and military muscle to the South.  In 1958, having pronounced itself not bound by the terms of the Armistice Agreement, the U.S. deployed tactical nuclear weapons in the South, which were only removed in 1992. To date, the U.S. has not recognized or established diplomatic relations with the North, while Russia enjoys far better relations with the South. In September 1990, Mikhail Gorbachev made good on a commitment to Rev. Moon when the Soviet Union and Republic of Korea established diplomatic ties. Since then, there have been regular visits of defense officials, establishment of a “hot line” and communication links, and economic cooperation. In 2008, South Korea sent its first astronaut into space aboard a Russian Soyuz rocket. For its part, Russia has explored trilateral cooperation with North and South Korea in the fields of oil refining, an inter-Korean natural gas pipeline from Sakhalin, and transportation, including the link-up of a planned inter-Korean railroad with the Trans-Siberian Railroad (TSR). It would appear that Russia has contributed more to reunification efforts.

All this is not to suggest that Russia is a superior nation to the United States, which it certainly isn’t or that it possesses a greater capacity to exert leadership in the world, which it doesn’t.  It is simply to argue that on a number of important issues, Russia is more aligned with what Unificationists would interpret as God’s will.♦

Dr. Michael Mickler’s books include: Footprints of True Parents’ Providence: The United States of America (2013) and 40 Years in America: An Intimate History of the Unification Movement, 1959-1999 (2000)

14 thoughts on “Is Russia More Aligned with God’s Will than the United States?”