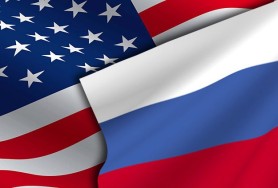 Anyone reading the news over past months cannot fail to notice that Russia has asserted itself in significant ways on the world stage. Some of its actions, such as sheltering former NSA computer analyst Edward Snowden, ran counter to American interests and prompted angry protests against America’s surveillance programs. Other actions, such as its intervention in Syria, helped the United States avoid a possible war, at least for the present. This article attempts to sort out these actions and others in light of what Unificationists would interpret as God’s will.

Rev. Sun Myung Moon declared the United States is the “elder son” nation in 1998. Most Unificationists understand this to mean that America is to be a model for the rest of the world, manifesting righteousness, upholding civil and religious liberties, and sacrificing itself or at least serving humanity. These ideals resonate with longstanding views of the United States as a “redeemer nation.”  America was great, Alexis de Tocqueville wrote, “because America is good.”  American democracy was, in Lincoln’s phrase, “the last best hope of earth.” In the 20th century, the U.S. saved the world from the twin evils of fascism and communism. In the process, it became the world’s lone superpower.

The idea of the U.S. as the world’s sole superpower seems almost quaint today, barely more than a decade into the 21st century. China has risen as a formidable competitor, militant Islam is on the march, North Korea regularly threatens the U.S. with nuclear weapons, Syria already unleashed chemical weapons, and America is not yet disengaged from wars of attrition in Iraq and Afghanistan much less from a global war on terror.  Internally, America is divided, mired in a government shut-down and debate over paying its debts. There is little question that Americans feel less secure today than at the turn of the century.

Many factors, both foreign and domestic, have hindered the United States in exercising its “elder son” role. However, two stand out.  First, U.S. leadership, especially since 9/11, has incorrectly interpreted the doctrine of American exceptionalism. Going back to the Puritans, the likening of America to “a city on a hill … a light to the nations” implied that it was the world’s great exemplar, the fullest embodiment of freedom, self-government and the rule of law. However, during the first decade of the 21st century, American exceptionalism has been reinterpreted to mean the United States was “above” or an “exception” to the law, specifically public international law, and privileged to act unilaterally.

Second, Americans have incorrectly interpreted freedom.  Again dating back to the Puritans, U.S. civil liberties have been securely anchored within a compass of moral values and the public good. America was great because she was good. However, in contemporary American society, freedom has come to mean the freedom to do most anything one wants so long as it doesn’t interfere with anyone else’s freedom to do most anything they want. As a consequence, the United States has become identified with moral decadence and individualism.

END_OF_DOCUMENT_TOKEN_TO_BE_REPLACED

This site will not tolerate the denigration, direct or indirect, of other faiths, races, minorities, and cultures. A bullying or disparaging tone directed toward AU Blog readers in a comment is not permitted.