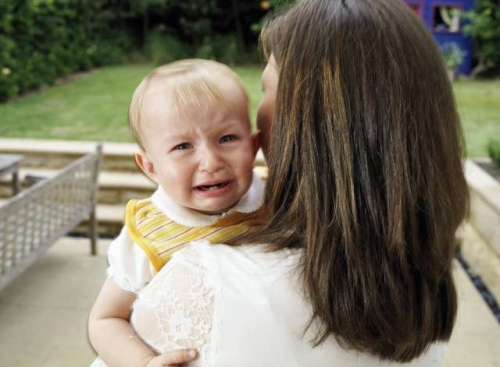 When I first studied the Principle in the 1970s, I was struck by its description of the devastating impact of the misuse of love and moved by the possibility of lasting marriages centered on God. When I looked at American society I thought, “all we have to do is to introduce God into the picture, then people could create their own “Four Position Foundations.”

Four decades later, how the world has changed! We now live in a world in which not just the position of God is questioned, but the position of the man is no longer seen as essential either. More and more women are choosing to have a child with no committed father in the picture. In fact, more than half of births to women in their 20s in the U.S. are outside of marriage. This is also the case in many “advanced” countries around the world.

Men are typically seen as the aggressors in intimate relations, but in this case it’s usually the women who are making the decision that their sex partner is not father material. Their thinking seems to be, “good enough to have sex and maybe even create a child with, not good enough to actually co-parent the child.” As described in the book, Promises I Can Keep: Why Poor Women Put Motherhood Before Marriage, these women have decided that their children will do better without their fathers.

I wonder if anyone is asking the children what they think? We know that many children born from artificial insemination urgently want to know who their “father” is. In their simple desire to know who they are and where they come from, they seem to know something that our society has forgotten, their very identity is inextricably linked to the father who gave them half the DNA that courses through every cell in their body.

For children of those fathers not hidden behind a fertility company’s promise of anonymity, bitter questions rise: “Why didn’t my father want to stay? Why doesn’t he care about me?”

Human rights are a big issue in our culture and rightly so. Few things are more despicable than a society where human beings can be treated as pawns of an arbitrary, all-powerful state. But what about the human right of children to have the love, protection and support of BOTH parents? What happens to a society where more and more people violate this “human right?”

And doesn’t this pattern create families where the government is more and more invited in to take the role of “provider” and even “guider,” since the government never gives away money without a litany of bureaucratic rules? Is the creation of this “Three Position Foundation” (government agency, mother, child) likely to create children who feel loved and successful, or the opposite? And it turns out this governmental “husband” is also a jealous one. After all, it punishes women who do choose to get married by withdrawing all kinds of government benefits.

Much attention has been given to our national debate about gay marriage. A mother’s connection to her child is automatic, but who the father is is not always clear. A primary purpose of marriage historically has been to identify in advance who the father is. Marrying the mother of his (future) children connects a man to his offspring and assures them of his protection and support. Shifting the purpose of marriage to an endorsement of the sexual/romantic choices of adults who cannot produce children represents a major shift away from this original purpose. Which is our priority – affirming the romantic/sexual choices of adults or encouraging the potential co-creators of children to make a monogamous commitment to each other and also to their children?

Unificationists have to answer the question whether the Divine Principle is solely a theological document making only religious claims or whether it is also making declarations about the nature of reality and how human beings should live.  Since a full-court press in this country and around the world is being made to fundamentally redefine an institution that is central to our faith, do we watch and remain silent or speak out? If so, how could we do so without becoming just another harsh voice?

We have to think seriously about what it would be like to live in a society where fewer and fewer people bother to get married? Where children are taught from an early age in government-sponsored schools that marriage is not specifically an institution between a man and a woman, and where people who think so are viewed as religious zealots or bigots?

Well, to a significant extent, we already live in such a world. The Principle’s discussion of providential history contrasts the founding of the U.S.A. — where Enlightenment ideas about self-governance were balanced with respect for religious ideals — and the French Revolution, where Enlightenment ideas were guided by a virulent animus against religion and religious values. It may have taken more than two centuries, but it looks like the spirit of the French Revolution has come back with a vengeance.

Whenever I’ve struggled with something, I’ve found it useful to go back to the beginning, so I would suggest that as a society we need to go to the Source, the beginning of us all. As the Principle teaches, all things have dual characteristics. Human life comes from the sexual union of male and female.

Several years ago, Dr. Alexander Tsiaris, a professor at Yale Medical School, did scans of the body for NASA.  He kept finding patterns in the body that were amazing, even, in his words, “divine.” If you look at the TED Talks video of Dr. Tsiaris’ “visualization” of the development of a fertilized egg into a human being, “From Conception to Birth,” you will see something that the most brilliant of scientists, even with billion dollar budgets, cannot do, but each of us, in partnership with someone of the opposite sex, have the power to do – initiate a process that leads to the creation of a new human being!

A new study in the International Journal of Epidemiology comparing the health outcomes of all couples in Denmark over a three decade period sheds interesting light on this subject of the uniqueness of the male-female marital bond. During 2000 to 2011, Danish male-female married couples were the healthiest and least likely to die at various ages compared with individuals who were unmarried, divorced or widowed. In contrast, same-sex married men in Denmark were no healthier than unmarried men. Same-sex married women had much higher mortality rates than other women, including the ones who were unmarried, divorced or widowed. There was no apparent marriage “benefit” in terms of better health or longer life for these same-sex married women.

While this is just one study that needs to be supplemented by more research, it does suggest that the health benefits of marriage may be unique to the male-female union. Governments may try to legislate a revised version of “marriage,” but they cannot legislate the health and longevity benefits that come from a man marrying a woman. And, that should not be surprising, since you really cannot legislate what you did not create.

Gay marriage did not create the crisis in marriage in America and other “advanced” countries, but it does advance the further loss of the original meaning of the institution. As we have seen with well-intentioned government policies to provide financial assistance to single mothers that ends up punishing them and their children if the mother gets married, the road to hell, in this case children who experience being abandoned or neglected by their fathers, is paved with good intentions.

Many Americans, including to be honest, myself, are tempted to simply give up on this divisive and controversial issue. Is this not an important issue for Unificationists to take thoughtful leadership in? On many issues, our Founder was not one to remain silent when others thought the fight was already lost.

On the flip side, is the need to strengthen marriages that already exist and to help unmarried singles prepare for marriage. We should be careful not to spend all of our time advocating for marriage in the public arena, while our own are neglected.  It’s important to state that we need not have the same kinds of marriages that our parents did, unless theirs was unimaginably perfect. Even if that were the case, I don’t believe there is only one successful model, since each marriage is a different world.♦

Dr. Panzer co-authored The War on Intimacy: How Agenda-Driven Sex Ed Sabotages Committed Relationships and Our Nation’s Health. He received his doctorate in the field of Educational Communication and Technology from New York University.