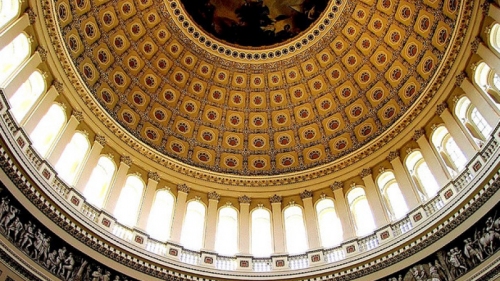 Unificationists live in a contemporary culture that champions democracy and instills the idea that politics is about influencing government to provide things or benefits that we desire. Like others in society, Unificationists generally support political parties and special interest lobbies designed to pressure lawmakers into delivering goods and services they believe in.

Politics is War by Other Means

However, “politics” in this sense is the application of “fallen nature” and not of Unificationism. In On War, Carl von Clausewitz described politics as “war by other means.” He meant that people engage in politics to manipulate the government in their fight for control over resources and power, or to gain another benefit for themselves at the expense of society. In this war by other means, people often use the rhetoric of justice and goodness and advocate rectifying the perceived social problem using everyone’s tax dollars. This political behavior is divisive and socially destructive. To the extent Unificationists engage in politics as a form of war, they are at odds with principled governance.

Unificationism is about principles. The main text is the Divine Principle, whose primary hypothesis is that principles underlie the entire created order, and that knowledge of and application of these principles is essential for living a life of happiness. This idea of collective happiness is not unique in political theory. Aristotle began his Politics by stating that the end of politics is human happiness. James Madison, in “Federalist 62,” reaffirmed that the object of government is the happiness of the people. Indeed, Buddha, Confucius, and the founders of the world’s great civilizations sought to explain how people should live and societies be organized in order to be happy.

Any system, whether it is a social institution, the human body, a mechanical machine, an entire social system, or the universe, is governed by principles. When the principles that maintain a system cease to operate, the system breaks down and disintegrates. The design of any system requires knowledge of the purpose for which the system is being created, and the principles necessary for the system to fulfill that purpose.