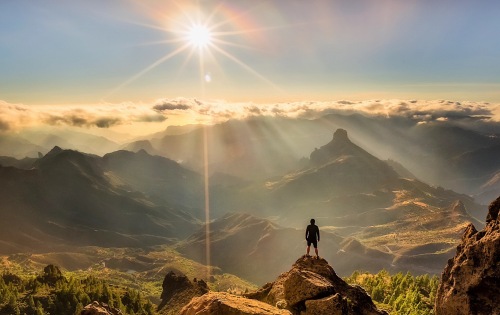 Here is the good news:  The Heavenly Kingdom is coming whether or not the Unification Movement has anything to do with it.

I’ve been reading a series of future-oriented books: Al Gore’s The Future: Six Drivers of Global Change, Thomas Friedman’s Thank You for Being Late: An Optimist’s Guide to Thriving in the Age of Accelerations, and the most interesting, Who Owns the Future? by computer scientist and father of virtual reality Jaron Lanier.

All three books tackle the same theme: how the convergence of multiple areas of science and technology, each developing at exponential rates, will transform the world in an unrecognizable way in the next 20 years. It takes about two decades for an idea to move from the lab to mass acceptance.

The iPhone debuted in 2007 and in 10 years both it and its competitors have made humans omniscient all over the planet, each with a library and powerful computer in the palm of their hand. “Google it” has become the ultimate argument settler.

In this sense, we are not predicting the future; we are timing the growth of ideas from concepts to products to mass acceptance.

The computer revolution by itself has been shocking and globally transformational and now add the imminence of robotics and the ability to end world hunger with genetically engineered protein.  Whether you like “Franken food” or not, starving people will love it.

Both artificial intelligence and robotics are on the cusp of creating either mass unemployment or a world where 80% of the people can live like the European elites did in the last century: vast houses, helpers everywhere, lots of leisure time to improve yourself, and cheap or free transportation everywhere.

Artificial Intelligence is demonstrating that it can not just calculate your bank balance in a microsecond, but predict health issues better than doctors, write better news stories than reporters, and beat anyone at Jeopardy.

It is not just the truck drivers that will be unemployed due to self-driving trucks; it’s also the lawyers, teachers and accountants. Their professional judgment can be made unnecessary by an artificial intelligence app that searches all previous cases in a second, before giving nuanced advice.

The world is on the verge of realizing the multi-generational dream of universal co-prosperity, long life, racial equality, freedom, and creativity.

Why are we so unhappy, then?  The world seems more divided and angry than ever before.  Although all world economic indicators are looking up, there is a malaise in the global family, where people are willing to delegitimize each other over superficial statements, apocalyptic fears and pompous politicians.

All three authors speak about the emotional damage caused by headlong cultural change. Humans are not that flexible. The last “crazy time” was the Industrial Revolution, where millions of people changed from millennia of rural village life, with fixed roles and no progress, to a complex foreign world of timed production, shouting bosses and vicious neighbors.

The Industrial Revolution took 200 years and two world wars to transform the world; the next level will be in one generation and have no safety net.

How will we cope with this?  Both Friedman and Lanier address the need to balance a life filled with machines smarter than you with a sense of inner awareness — intrinsic values that are impossible for a machine to generate — perhaps to mimic, but not to create or manage. Friedman recommends going “home,” in his case, embracing the 1950s values of his hometown, St. Louis Park, Minnesota.

Lanier is more realistic. He speaks about the trans-human attitude of many in the scientific and engineering community. They work from completely extrinsic values, intellect, data, and evidence.  They seldom inquire about their humanity, blindly assuming that if something is technically possible then it is the highest possible good to make it happen, regardless of the cost to human dignity.

Many look forward to a world when human life can be extended indefinitely, or they are able to order up “designer babies” with overwhelming intelligence. They feel they have a Darwinian mandate to follow the data, keep an open mind, and not let progress be held back by old superstitions.

The world has seen the fruits of this extreme logic before. Eugenics created logical justification for the Holocaust, and extreme Marxism-Leninism created the basis for 50% of Cambodia’s people dying for political reasons under Pol Pot. Such a post-human world is what happens if no one steps up to moderate the new changes.

All three authors agree that this reality is crashing toward us. What they don’t know is how we will react.

If you look at global human conflict, it has declined over the last 100 years. The casual violence of the Middle Ages, where one-third of adult men died violently, is gone.  We still have wars and cultural violence, but it is less and less central to who we are.  From a medical point of view, in the last 40 years, child mortality is down 75%.  This is unprecedented in history.

It is likely that in 10 years most cars, trucks and factory equipment will be self-operating. Everyone will have personal robots, to clean and cook. They will be as popular as cellphones are now.

Who will lead the new world culture? Who will help define the values and virtues of being human in a technically perfect society? What kind of people have the heart, intelligence and wisdom to guide humanity through this time?  You may only have to work 20 hours a week to have a middle class income. What do you do with all that free time?

The Divine Principle and Unification Thought have the structure and depth to help define what it means to be human in the 21st century. They outline how to incorporate the divine nature embedded deeply within each person and how to use free will to create beauty, truth and goodness. They explicitly develop a structure to balance scientific evidence with religious intuition.

These philosophical structures are inherent in the design of Unification Thought, but need to be extensively developed to have an impact on the impending world culture. The Divine Principle text was written to appeal to 1950s Korean Christians and is not easily accessible to 21st century citizens.

Originally, this was what drew many young people to the Principle. It contained a vision of how to transcend feuding churches and small lives to create a divine human family architecture, one where science and religion reinforce each other, where humans are fulfilled, and God is welcomed and honored instead of feared and diminished.

The good news is that most of our children have embraced education, science and modernity. They have moved on to engage the world on its terms. Many have found their feet, and are living principled lives in spite of the challenges they have faced and are becoming significant participants in corporations, global institutions and culture-defining organizations. Perhaps they can find a way to integrate this new future with the best elements of the Principle.

God’s providence doesn’t require His chosen people to succeed. Many times in the past, the providence moved away from failed tribes and nations to seek places where the discussion was about what God needs and not about what we want.

I have confidence God will succeed in spite of us. I think He hoped we would lead this transformation of humanity; instead many Unificationists seem to have chosen to squabble over inherited crumbs.

The future belongs to those who build it. We have great blueprints and working models of what a balanced, fulfilled life could look like. Let’s see what we do with them.♦

John Redmond is the proud father of four interesting children, and has high expectations for the American Unification movement.

9 thoughts on “The Future Belongs to Those Who Build It”