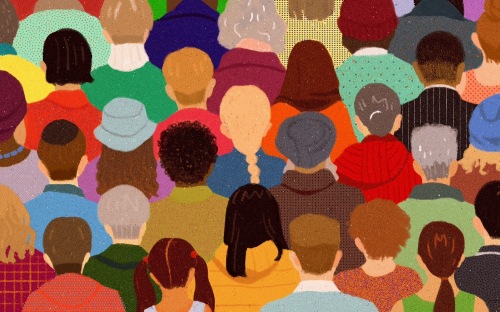 During the post-World War II era the influence of multiculturalism and identity politics in the West became a pervasive and potent force in politics, academia, sociology, and culture. So-called “social justice warriors” (SJWs) have taken activism on a variety of issues — race, gender, ethnicity, sexual preferences — to such extremes that it is near impossible to engage in reasoned debate or discussion without finding oneself mired in invective-laden exchanges drenched in political correctness.

The Stanford Encyclopedia of Philosophy explains that the term “identity politics”

“…has come to signify a wide range of political activity and theorizing founded in the shared experiences of injustice of members of certain social groups. Rather than organizing solely around belief systems, programmatic manifestos, or party affiliation, identity political formations typically aim to secure the political freedom of a specific constituency marginalized within its larger context. Members of that constituency assert or reclaim ways of understanding their distinctiveness that challenge dominant oppressive characterizations, with the goal of greater self-determination.”

There is an emphasis on the need for various social groups to use political means to attain social justice — justice not necessarily based on principle or universal truths, but rather on “political formulations” or an affiliation with a particular political party that will legislate according to a specific set of concerns. Current iterations of multiculturalism and identity politics can be traced to Marxism and the Cold War, particularly the Marxist ideological tenets of the Institute for Social Research at Goethe University in Frankfurt, Germany, known as the Frankfurt School.

As the Industrial Revolution led to the emergence of a substantial upwardly mobile middle class, the issue of economic disparity between rich and poor — a main Marxist premise — began to dissipate, hence the revolutionary urges exploited by earlier Marxist revolutionaries were mitigated.

The Marxist-Hegelian nostrum of progress-through-conflict needed new victims with old resentments to foster the revolutionary impulses that would theoretically bring about the Marxist utopia. Resentments based on racial, gender, ethnic or sexual preference slights were seen as the new markers though which progressive Marxism could be advanced. The old Marxist meme of “haves and have nots” was replaced with the new neo-Marxist narrative of “oppressor and oppressed.”

Teaching at the University of California, Berkeley, in 1950, neo-Marxist (and Frankfurt School alumnus) Theodor Adorno co-authored his highly influential book, The Authoritarian Personality, in which he argued that any attempt to thwart progressivism (which for him was sociology with Marxist bent) was an expression of authoritarianism; fascist, in fact. Adorno identified the new “victims” in need of social justice as those groups who had been exploited by rich, white males of European (Christian) descent — people of color, women, homosexuals, and those in the third world.

For Adorno, Herbert Marcuse and other Frankfurt School philosophers ensconced in American liberal arts universities, fostering resentment among these disenfranchised groups was the new methodology used to produce the ideological opiate necessary to hook the masses on anti-establishment sentiment. Resentment, rage and rebellion became weaponized in the name of social justice. The culture war we are experiencing is the result of this resentment-based rationale and progressives consider identity politics a viable way to win the political battles necessary to advance the neo-Marxist agenda.

Moreover, there has been a categorical attempt to justify the silencing of any opposition to the Frankfurt School academics and their resentment-based ideology. In his 1965 essay, “Repressive Tolerance,” dedicated to his Brandeis University students, Marcuse proffered: “The function and value of tolerance depend on the equality prevalent in the society in which tolerance is practiced.” As he put it, “what is proclaimed and practiced as tolerance today, is in many of its most effective manifestations serving the cause of oppression.”

With resentment-based ideology flourishing in academia, a greater emphasis on multiculturalism vis-à-vis the denigration of the West’s Judeo-Christian heritage has become a serious concern. As music historian Charles Rosen observes, one of the “unsavory” aspects of contemporary sociological criticism of this sort is that “commonly shared and recognized values can be dismissed since these values are simply a successful imposition by an elite upon society as a whole.”

At face value, the idea of “leveling” and removing “judgment” from discussions about culture and social behavior may seem to be a move toward altruism, equality and justice, but something more pernicious is at work. Multiculturalism has metastasized into a crusade with decidedly “politically-correct” conceits. Political correctness now clouds any attempt at arriving at a reasoned, objective outlook, especially the values of the West born of the Judeo-Christian religious sphere. In fact, this rationale has become a cudgel to curtail and delegitimize any thought and expressions not in step with multiculturalist orthodoxy.
In our postmodern era, multiculturalism, while professing equality, actually has become hostile to various traditions. As Rosen notes:

“We owe to various versions of political correctness an improvement in the status of women and minorities…and a more serious examination of the aspirations of classes with little political power. There are benefits from multiculturalism, too, but when combined with political correctness, it has produced the absurd thesis that all cultures are equally valid or valuable, the consistent denigration of Western civilization, and the attempts to suppress any critical examination of non-Western societies.”

Not all cultural spheres are equal in terms of civil liberties, and though all civilizations have cultural expressions, not all cultural expressions rise to the same level of accomplishment or expertise. Even within a particular cultural sphere there are various levels of accomplishment and expertise (e.g., Ludwig van Beethoven was a better composer than Ludwig Spohr). Still, according to the current iteration of politically correct multiculturalism, making this distinction would likely result in a rebuke by those who advocate Marcuse’s “Repressive Tolerance” ideology.

Stanford University’s Francis Fukuyama discusses identity politics and its role in the world (recorded in January 2017).

Finding Remedies
Finding political remedies for various iterations of social injustice lies at the heart of the identity politics equation. This begs several questions: To what degree should government be utilized to create condition of fairness and justice given the diversity of circumstances that may exist in a particular group? Perhaps more importantly, can there be solutions to injustice apart from “belief systems” or principles upon which decisions about fairness can be efficaciously rendered while assuaging historical resentments?

Divine Principle instructs in Chapter 2 (the course and motivation of the Human Fall) Lucifer’s rebellion was predicated on his jealousy towards Adam and Eve’s unique relationship with God. Lucifer misconstrued that relationship seeing it as a slight and the emotions produced by this alleged “lack-of-love” were a kind of “micro-aggression” (in contemporary parlance) that led to a macro-aggression — a rebellion against God through the seduction of Eve.

The 1973 English edition of Divine Principle (pp. 89-90) states that jealousy “is a by-product of love,” like a shadow produced when light shines on a particular object. It is a natural human reaction; neither good nor bad. The issue becomes how we react when these feelings occur. By allowing jealousy to fester into resentment and rage, we undermine the necessary process of developing productive and loving relationships. When we process our emotions in accordance with the principle we avoid being ensnared in the resentment trap.

Any attempt to ameliorate historical antagonisms will require a “belief system” based on principles that mitigate the urge to rebel and retaliate. Everyone has individual choice; a First Blessing modality in which we endeavor to do the right thing based on the godly attributes of filial heart, living for the higher purpose, loving one’s enemy and other godly virtues. In this regard, the importance of personal choice cannot be underestimated. With a better understanding of how our actions will affect us in this life and the afterlife, we can begin the process of mitigating resentments according to The Principle.

The U.S. Constitution guarantees individual liberties, but stops short of collective rights because of the potential infringement on individual liberties — no small matter to the founders. Moreover, it was important to the founders that religious freedom was an enshrined, guaranteed right as a necessary aspect for a society to have the proper moral and ethical standards on which to base its laws and prescriptions for fairness and justice.

In our politically correct society, one now increasingly dominated by identity politics and radical multiculturalism, making critical distinctions based on principle and belief systems that are in accord with the spirit of the Constitution have become antipodal to realizing genuine democratic ideals. Columnist David Harsanyi writes, “…few things are more unintellectual, irrational, or un-American than demanding that people comport their political worldviews to their skin color, sex, or ethnicity.”

The resentment-based rhetoric and actions being promulgated by those seeking to attain social justice run afoul of the Constitution and Divine Principle. Channeling our emotions into a productive and loving modality requires a belief system that embodies the aforementioned attributes of filial heart, living for the higher purpose and creating conditions for natural surrender. Multiculturalism that is tainted by resentment, political correctness and identity politics can never get us to that better place.♦

David Eaton has been Music Director of the New York City Symphony since 1985. In addition to his conducting career, he has been an active composer, arranger and producer with 55 original compositions and over 700 arrangements and transcriptions to his credit. His most recent orchestral composition, “70 and Counting!”, was performed at the United Nations as part of its 70th Anniversary concert in 2015. In 2016, he was awarded an honorary doctorate by UTS.