In the midst of struggles, early Puritan minister, Massachusetts Bay Colony political figure and Harvard president Increase Mather famously paraphrased I Cor. 10-13 as “Nothing has befallen you, but what is common to men, yea, and to the best of men.”

As Unificationists face the somewhat ironic spectacle of a movement dedicated to unity struggling to unify, amidst faction, division and strife, it’s important to remember we are not the first to stride, stumble, trip, and crawl down this path, and ask ourselves: “What has befallen us, that is not common to people?” — Nothing.

Most, if not all, of the problems we face are the same as others have faced before us. Those problems should not be dismissed or treated lightly, even if we’ve seen them many times before. Indeed, they should be taken all the more seriously as they have proven to be difficult, in many cases almost impossible, to solve. But neither should we be dismayed by those problems, or draw the false conclusion of discouragement because we still face them. Looking at history and what others have gone through can give us perspective, help us manage our expectations, and encourage us to work steadily on the problems we face with the many solutions at our disposal.

Great examples of historical church figures not always living up to our high expectations are found in Saints Behaving Badly: The Cutthroats, Crooks, Trollops, Con Men, and Devil-Worshippers Who Became Saints (2006) by Thomas J. Craughwell, a respected Catholic newspaper columnist.

Pope Callixtus I, for example, martyred in 223 CE and canonized, was originally a Christian slave of another Christian, Carpophorus, who had Callixtus set up a bank of sorts for fellow Christians, to protect and invest the savings of widows and orphans, and to collect donations for them. Carpophorus had come to believe that Callixtus was a man of some financial acumen who could handle the job, but it turned out that trust was misplaced. Callixtus succeeded in losing all the money invested, and embezzled some of it in the process. With Roman Christians stripped of their savings and enraged, Callixtus fled to the nearest harbor and booked passage on the first ship he could find.

Carpophorus was not about to let Callixtus slip away, however, tracking him down to the port and engaging a boat to take him out to Callixtus’s fleeing ship. When Callixtus saw Carpophorus approaching, he jumped into the water and tried to swim away, but sailors set out after him and handed him over.

As a slave, under Roman law Callixtus’s fate was entirely up to his master, and Carpophorus set him to hard labor, chained to gristmill, where he could expect to spend the rest of his miserable, exhausting and likely short life.

And that might very well have been his ultimate fate had not the depositors of Carpophorus’s failed bank themselves appealed to him to release Callixtus, in the hope that he might be able to recover at least some of the lost funds. Apparently these people knew Callixtus was a scoundrel but hoped in the time-honored tradition of financial victims everywhere that he might at least be a competent scoundrel, who could possibly get some of their money back if properly motivated.

And motivated he was. His first collection stop was Rome’s synagogue — on Saturday morning — where he crashed the Sabbath service and demanded money from the congregation. The ensuing scene one can well imagine ended badly, with Callixtus being escorted against his will by congregation members to court. Callixtus was charged with disturbing the peace and desecrating a holy place, and with being a member of an outlawed sect, Christianity. Carpophorus even showed up and perjured himself by swearing falsely that Callixtus was not a Christian, but that was not enough to save him from scourging and being sent to the salt mines in Sardinia.

Movie buffs might best visualize that fate by recalling Anthony Quinn’s suffering there in Barabbas (1961). It was a virtual death sentence from which no one was expected to return.

But once again Callixtus was saved from a fate he richly deserved. The emperor Commodus’s wife, Marcia, was a Christian, and she had heard of and sought to relieve the suffering of Christians in the Sardinian mines. She asked Pope Victor I for the names of believers sentenced there, to seek their release. Pope Victor provided a list with every name except one: Callixtus.

Never one to miss an opportunity, when the local governor assented to Marcia’s request and the prisoners were set to be released, Callixtus fell to his knees, weeping, and begged to not be left behind.

Evidently his powers of persuasion had not deserted him entirely, and Callixtus returned to Rome, where an outraged Carpophorus and Pope Victor scrambled to place Callixtus outside the city with an allowance and the hope that he would stay away and out of trouble.

This, for once in his life, he did, eventually finding a position as an assistant to an important priest, Zephyrinus. And when Victor died in 199 and Zephyrinus became pope, Callixtus was ordained a deacon and given more responsibility. When Pope Zephyrinus died in 217, Callixtus had so redeemed his reputation, he was elected pope himself, having traveled a long career path from slave, embezzler, troublemaker, outcast and condemned man — all of it, at least in name, as a Christian.

In addition to being the poster child for “Saints Behaving Badly” on an individual level, reminiscent of all the horror stories we’ve ever heard of misspent money, corruption and abuse of trust, Callixtus’s five-year reign as pope, with his understandable latter-day emphasis on mercy and forgiveness, spawned another all-too-familiar demon of the modern church: faction. 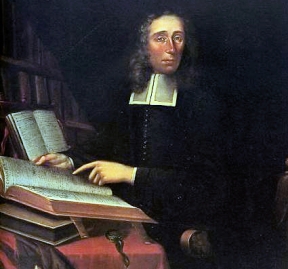 Detail of portrait of Increase Mather in 1688 by Joan van der Spriett.

His main critic was a rigid theologian and priest named Hippolytus, who believed that any mortal sinner should be expelled from the church permanently, regardless of repentance. Hippolytus also accused Callixtus of heresy and of being wicked and deceitful, and eventually had his followers elect him, Hippolytus, pope and thereby became the first antipope. Even when Callixtus was martyred by an anti-Christian mob in 222, Hippolytus continued to insist that he was the true pope, denying the validity of the elections of Urban I in 222 and Pontian in 230.

Reconciliation of a sort was found in tragedy when Emperor Maximinus targeted the clergy in a purge of Christians in 235, landing both Pontian and Hippolytus in — of all places — the mines of Sardinia. There, Hippolytus repented and asked to be reconciled to the church, but both he and Pontian died in the mines, and along with Callixtus were later honored as saints and martyrs.

Hippolytus was the first, but by far not the last of the antipopes. There were 22 antipopes from 1058 to 1449. During the worst of that period, the Great Schism, there were two popes from 1378 to 1406, and three from 1406 to 1417.  And these were not just eccentric kooks off in the wilderness preaching their own heresies, but ambitious, power-hungry men who threw the entire Christian world into chaos by their claims on the loyalties of laity and clergy alike. The administrative confusion alone must have made the church look pathetic, with rival colleges of cardinals, and two or three new leaders — each appointed by a different pope — showing up when there was a vacancy at an abbey or cathedral.

But the worst were the spiritual issues. For devout believers, “What would happen to Catholics who gave their allegiance to the wrong pope?” Craughwell asks. “It was a question that tormented consciences in every corner of Christendom.”

The recent controversy over the future of Barrytown College, on top of the already daunting financial, academic, administrative, and demographic challenges, created for all involved a difficult atmosphere. But it helps to stop and consider in context just how tough the underlying challenge we’re trying to address is.

A Bloomberg Business article from April 2014 summarizes the problem in an unsparing headline: “Small U.S. Colleges Battle Death Spiral as Enrollment Drops.” Like most business stories, it’s all about the numbers, and they are not encouraging:

Of course, the worst aspect is the impact upon the students themselves. Bloomberg quotes one student at a college on Long Island, who says, “There’s a lot of fear. It’s not the same college I arrived at…. This has been very depressing,” while reporting on idled shuttle buses, shuttered dormitories, classrooms, and bookstores.

It is, indeed, very depressing. But as the article itself demonstrates, not at all uncommon.

Like many of the challenges we face, “Nothing… but what is common to man.” Let us aspire to be those “best of men,” and women, to face the challenges in front of us without illusion, but also without the non-faith of discouragement that a people so blessed with solutions should be ashamed to admit to.♦

James H. Dougherty is owner of Editorial & Advertising Content Services. He is a retired editor of the Register-Star newspaper in Hudson, NY, and recipient of the 2001-2002 New York Newspaper Publishers Association Award of Excellence for Distinguished Editorial Writing. Jim is also a former CARP leader.

Photo at top: Statue of Pope Callixtus I, Cathedral of Reims, France.