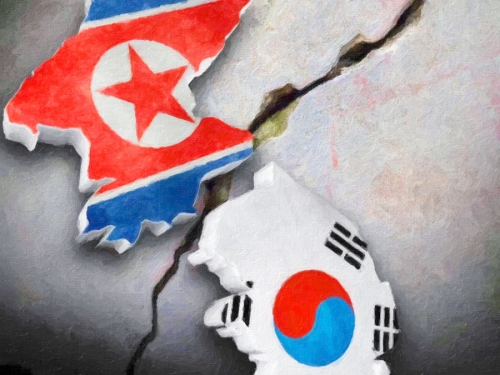 This year marks 70 years since the division of Korea. From August 1945, the Korean Peninsula has been split between a communist North and democratic South. Unificationists know Reverend Moon foretold, exemplified by a 1985 conference, that the Soviet Union would collapse after going over the number 70, figured from 1917. While it took four more years, highlighted by the Soviet experiment with perestroika and glasnost, President Gorbachev resigned and dissolved the USSR on Christmas Day 1991.

With the Unification movement focused on Vision 2020, it begs the question: “Can the Korean Peninsula be reunified by the end of this decade?” or, at least, “Will the two Koreas develop a peaceful and constructive relationship, ending their decades of hostility and division?”

East Asia knows the special significance of 2015. For Korea, China, and Southeast Asia, it is a year to commemorate their liberation from Japanese military occupation. For Korea, 1945 also marked the end of 40 years of Japanese colonial domination and annexation. For Japan, as it has already experienced in recent months, this year has been a painful reminder of its wartime legacy in Asia, and the expectations of its victims of 70 years ago for Japan to sincerely apologize and take responsibility for the profound harm it caused. It’s also a time when East Asia is reacting to China’s bid for regional hegemony, given it recently became the world’s largest economy.

For Koreans north and south, this year also marks the 15th anniversary of the historic summit meeting between the North’s Kim Jong Il and the South’s Kim Dae Jung. Both leaders are no longer alive, but Kim Dae Jung’s widow is expected to make a goodwill visit to Pyongyang later this month to commemorate the June 2000 summit. Sadly, little progress was made between the two Koreas after that first summit, and in particular since 2010, their relations have gone steadily downhill.

The first commemoration of the 70th anniversary of the end of World War II took place May 9 in Moscow, where Russian President Vladimir Putin hosted UN Secretary General Ban Ki-moon, China’s President Xi Jinping, and other world leaders to mark the Allied victory in Europe. Up until the last moment, it was expected that current North Korean leader, Kim Jong Un, would attend; but he canceled his trip.*