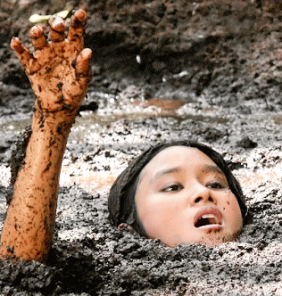 This topic is central to human happiness. A couple of “givens” obvious to you, but which I have to insist upon when speaking to my glitterati ca­fé society friends, is that when people die they don’t just go poof. They still exist in some form. Their conscious spirit lives on some­where else. Some take their earthly baggage, and the worry lines on their faces with them, while others are able to put the past behind and start over.

The image of people sitting around on clouds, playing harps, is as clichéd as cops in donut shops, and I don’t expect to see that there. I think people have assignments and real work to do in the spirit world. They roll up their ectoplasmic sleeves and start taking names.

One of the most interesting dead people I know is Adolf Hitler, the pos­t­er child for evil, a man so wicked that today it’s against the law in Ger­many and Austria to have Hitler as a family name. They re­tired his jer­sey, so to speak.

I had read an article written by a man, Dr. Lee, who had died and was ap­par­ent­ly communicating via an earthly medium with some re­cog­niz­ed ability. He had been a scholar in his earthly life and had a general rep­u­ta­tion of being truthful and trustworthy. In his messages from be­yond, he said he had been assigned to visit all kinds of peo­ple and talk with them about their lives, what they did right and wrong, etc., and then report back to us, the so-called “living.”

I acknowledge that some people (but surely not you, gentle reader) don’t believe in the existence of a spirit world, and therefore don’t buy in­to the notion that spiritual communication is anything but bogus. Oth­ers believe everything.