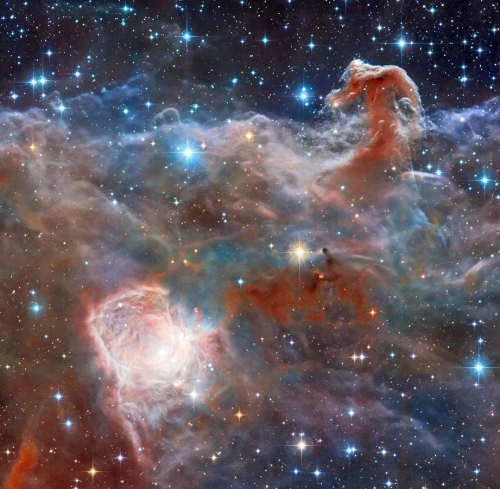 Trusting something is true really comes at the point when your life depends on it.

An astronaut trusts the engineers who made the rocket and calculated the trajectory to the Moon and back.  In turn, the engineers trust the scientists who told them how cold it would be on the Moon and what force of gravity they would have to work against to take off from its surface. And the scientists trust the theories behind the solar panels that would power their return.

When our theories are correct, namely, they resonate with nature and identify natural processes, then we can predict (or at least know the degree to which we can predict) the outcome of our actions.

“Truth” in the scientific sense means we have a description, a pattern, law, or principle accurately matching the nature of the world around us.

This may come in the form of an image or model of something we are unable to see, such as a molecule or subatomic particle, or a mathematical equation that provides the link between different quantities we can measure. Or it may be the explanation of a technique or process that takes place in nature or can be made to happen under the right conditions.

Those who act as guarantors of the reliability of such information are often called “scientific authorities,” be they individuals like Isaac Newton, or institutions such as the Royal Society. Teachers and lecturers act on behalf of these authorities, relying on the historical hand-me-down record of constantly edited information from senior teachers, books and articles.

Some aspects of this knowledge can be tested and observed in classroom experiments, considered in the light of “common sense” and logic, but the majority of it relies on the authority it came from.