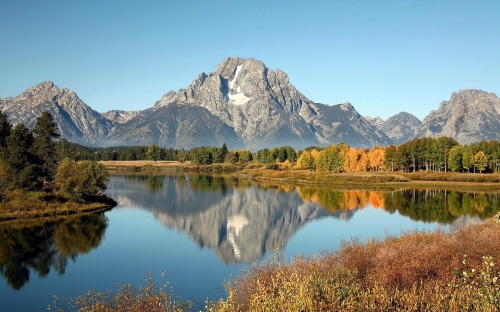 There are cultural forces from generations past that work unseen, influencing choices of a population.

These images, expectations, aspirations, and rules of thumb are taught through a weave of social institutions including church, government, educational and cultural organizations, broadcast media, and especially family.

Every family has stories that cause an instant reaction in the members. One joke retold dozens (yes, possibly hundreds of times) while growing up can be summarized with a single phrase or word and all the years of experience will be summoned back for reflection and enjoyment.

If I were to say “you can’t get there from here” to my brother or sister,  an abundant laugh would emerge and years of memories about our father jesting of a man lost in the Iowa countryside driving back from a job, would be sparked — each one with a tale of its own.

Recently, an office meeting ended with the admonition: “Onward and upward!” and one of those “aha” moments stirred within. This was a phrase used by my parents and grandparents when an episode or an era was marked as ended and yet we had to carry on to the next task.

Even if something was not accomplished with success, we would move “onward and upward” to the next goal, always carrying on because that is what we must do. Life will continue regardless of what we do but we can decide to go forward and live to the best of our ability or allow it all to pass us by and miss out on any blessings it had to offer at that moment.

What was the root of this exhortation? My online search helped uncover a poem written in 1845 by James Russell Lowell, “The Present Crisis.”  This poem addresses the evil of the era (slavery) and the need for us to adjust our views to that current reality:

New occasions teach new duties; Time makes ancient good uncouth;
They must upward still, and onward, who would keep abreast of Truth;
Lo, before us gleam her camp-fires! we ourselves must Pilgrims be,
Launch our Mayflower, and steer boldly through the desperate winter sea,
Nor attempt the Future’s portal with the Past’s blood-rusted key.

This work was the basis of the righteous hymn by Lowell, “Once to Every Man and Nation,” that begins:

Once to every man and nation comes the moment to decide,
In the strife of Truth with Falsehood, for the good or evil side;
Some great cause, God’s new Messiah, offering each the bloom or blight,
Parts the goats upon the left hand, and the sheep upon the right,
And the choice goes by forever ‘twixt that darkness and that light.

Lowell was the son of a Unitarian minister. This, plus his wife’s encouragement to take up the cause of abolitionism, surely led him to be aware of the works of a fellow Harvard graduate and citizen of Massachusetts, theologian James Freeman Clarke. Clarke’s Unitarian faith was the basis of his strong conviction for the abolitionist cause. He explained the core of his faith in one of his famous sermons, “The Five Points of Calvinism and the Five Points of the New Theology. This treatise was an effort to deliver an enlightened view of faith that stood on the foundations of Calvin (Absolute Decrees, Atonement by Christ for the Elect only, Original Sin, Effectual Calling, and the Perseverance of Saints) but that recognized a new heart for God and humanity. Clarke’s sermon emphasized:

His was a prevailing American conviction that God was not through with us yet. Because of the parental nature of God, we being the children of God were therefore a brotherhood or in gender neutral terms, a family of humankind. The future would be guided by heaven to bear fruits of goodness. This “richer definition of Salvation” is described by Clarke:

Salvation means the highest peace and joy of which the soul is capable. It means heaven here and heaven hereafter. This salvation has been explained as something outside of us, — some outward gift, some outward condition, place, or circumstance. We speak of going to heaven, as if we could be made happy solely by being put in a happy place. But the true heaven, the only heaven which Jesus knew, is a state of the soul. It is inward goodness. It is Christ found within. It is the love of God in the heart, going out into the life and character.

As long as men believe that heaven is something outward, to be attained by an act of profession or belief, they will be apt to postpone such preparation as long as possible. But when we apprehend the inflexible law of consequences, and know that as a man soweth so shall he reap; when we see that spiritual tastes and habits are not to be formed in an hour; and that all formal professions, prayers, and sacraments avail nothing, unless the heart is pure, the soul upright, and the life one of integrity, — then a new motive will be added to increase the goodness of the world. Then the formation of character will be the fruit of Christian faith to an extent never before realized.

This was the pursuit of being the full person, on a path of a never ending quest for goodness. Even if the cost of that pursuit was a violent war between the states of our nation, it had to be done.

My parents passed on to me that encouraging phrase of moving “onward and upward.” That is what they said when it was time to move on to the next task in life.  It was always shared with a jovial heart and an optimistic smile. My father weathered a war of unspeakable difficulty, yet he marched on, knowing there were things to be done in life, even if you had burdens of your own to shoulder. He could never speak of that Second World War he endured as a very young man, even when we as his curious children would pester him to reveal the glories of a battlefield and the intrigue of the powerful weapons they used. He spoke of it only in terms of the duty it presented him and how he responded to a greater call.

Even now as I remember him, I think of his last moments on this earth when he knew he was about to leave us. He asked: “Is there anybody I owe anything to?” He wanted to be sure he had not left one debt in life unpaid. Such a heart of gratitude and the recognition of the value of people and things touches me even now, years after his passing, in a way that little else in life has.

“Onward and upward” is an expression of a historic American credo. It epitomizes the conviction that there is something good in front of us to be directing our lives toward. That goodness is not simply a human ideal but a cosmic one that reflects Clarke’s five points of a new theology. I see them in this light:

This kind of perspective prepares people to engage a messianic vision. Without such an understanding, I don’t think you can get there from here.♦

David Payer lives in Des Moines, Iowa, with his wife, Naomi. They have two daughters. Employed at the Iowa office of Scientific Games, he has served as a Unification Church state leader and American Freedom Coalition state and regional coordinator.

5 thoughts on “Onward and Upward: American Religion as Preparation for Unification Ideals”