During the post-World War II era the influence of multiculturalism and identity politics in the West became a pervasive and potent force in politics, academia, sociology, and culture. So-called “social justice warriors” (SJWs) have taken activism on a variety of issues — race, gender, ethnicity, sexual preferences — to such extremes that it is near impossible to engage in reasoned debate or discussion without finding oneself mired in invective-laden exchanges drenched in political correctness.

The Stanford Encyclopedia of Philosophy explains that the term “identity politics”

“…has come to signify a wide range of political activity and theorizing founded in the shared experiences of injustice of members of certain social groups. Rather than organizing solely around belief systems, programmatic manifestos, or party affiliation, identity political formations typically aim to secure the political freedom of a specific constituency marginalized within its larger context. Members of that constituency assert or reclaim ways of understanding their distinctiveness that challenge dominant oppressive characterizations, with the goal of greater self-determination.”

There is an emphasis on the need for various social groups to use political means to attain social justice — justice not necessarily based on principle or universal truths, but rather on “political formulations” or an affiliation with a particular political party that will legislate according to a specific set of concerns. Current iterations of multiculturalism and identity politics can be traced to Marxism and the Cold War, particularly the Marxist ideological tenets of the Institute for Social Research at Goethe University in Frankfurt, Germany, known as the Frankfurt School.

As the Industrial Revolution led to the emergence of a substantial upwardly mobile middle class, the issue of economic disparity between rich and poor — a main Marxist premise — began to dissipate, hence the revolutionary urges exploited by earlier Marxist revolutionaries were mitigated.

END_OF_DOCUMENT_TOKEN_TO_BE_REPLACED

No doubt the years since True Father passed have been difficult for True Mother. But it should not surprise anyone that her course would be difficult. As the Original Eve, she is the pioneer for the entire female gender. She has obstacles to overcome that are uniquely her cross, which True Father, as a man, did not have to deal with. Proclaiming herself the Only Begotten Daughter is her way of directly facing this task.

Mother has no victorious representative of womankind as her feminine forbearer. In fact, she alone carries the burden of all the pain of womankind through history, going back to Eve. Mother has to deal with the fact that after the Fall there was no respect for Eve whatsoever. People have a better feeling about Adam; he was somehow redeemed by Jesus as the victorious Second Adam. But not Eve. She was always associated with the Fall and failure.

At the Fall, Adam was brought low because he followed Eve. The woman led the man to ruin. This led to the widespread view that no woman is worthy to be the leader of men. As a result, fallen societies always put men on top, while women were treated miserably, even as the man’s property to do with as he wished.

To make matters worse, this patriarchal attitude belittling women was inscribed in scripture, which led believers to justify it as if it were God’s way. The Bible, after all, was written by men. We search the Bible in vain to find the name of Noah’s wife, Lot’s wife, or the names of Adam and Eve’s daughters. No angel stayed the hand of Jephthah when he offered his daughter as a human sacrifice (Judg. 11:34-40), the way it stayed the hand of Abraham when he was about to slay Isaac. Polygamy became a norm, the atrocious practice even perpetuated in the modern era.

Men made things worse than they needed to be, continuing to harshly judge women while making themselves the arbiters of faith despite their own wrongdoing, and thinking their attitude justified by scripture. Such male attitudes towards women continue to this day.

END_OF_DOCUMENT_TOKEN_TO_BE_REPLACED

Recently, Mrs. Hak Ja Han Moon (True Mother) has been making a point of designating herself by the title “Only Begotten Daughter.” This term designates her special status among all human beings in history by lifting up her unique relationship with God that preceded her position as True Parent.

The title is founded upon Rev. Sun Myung Moon’s words, where on several occasions he spoke of True Mother as such. Therefore, on his authority, there should be no disputing True Mother’s declaration that she is the Only Begotten Daughter.

Also, True Mother finds this title appropriate to her own life experience. She testifies in the Chambumo Gyeong that throughout her early life she felt God’s special love. When True Mother was born, her mother, Hong Soon-ae (Daemonim), had a dream in which the late Rev. Kim Seong-do, founder of the Holy Lord Church, came to her and told her to raise her with special care because she was not her own but God’s daughter. When she was six, after Rev. Heo Ho-bin, founder of the Inside the Womb Church, had been imprisoned, Rev. Heo’s mother took her aside and gave her a special blessing, saying, “You are Heaven’s bride.” From a very early age, Mother knew she had been born with a special destiny and identity.

Those experiences made True Mother who she is, long before she met True Father. Hence, when True Father first met her, he said, “Heavenly Parent, I’m so grateful that You could present to me such a precious daughter.”

During the 52 years True Parents were married, True Mother could rely on being objective to True Father. But after True Father ascended, she found it necessary to make the point that she also stands on her own foundation.

The title, Only Begotten Daughter, serves this purpose. With it, she expresses her determination to stand on her own. It also gave her strength to overcome the many trials that came upon her after she became True Mother. It is thus a fitting description of who she is.

END_OF_DOCUMENT_TOKEN_TO_BE_REPLACED 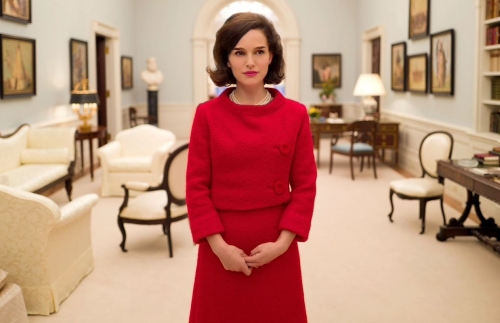 Those of us of a certain age will never forget what we were doing on that fateful day — November 22, 1963 — when President John F. Kennedy was assassinated by Lee Harvey Oswald.

I certainly remember where I was on that rainy day. I was returning to my fifth grade classroom with my classmates after having attended our weekly religious education class. For the next week, my parents and I followed the television coverage chronicling the events leading up to President Kennedy’s burial at Arlington National Cemetery.

The assassination of JFK will remain one of those iconic moments in American history. All of these memories came back to me while watching “Jackie,” a new film starring Natalie Portman as Jacqueline Kennedy and directed by Pablo Larrain.

“Jackie” allows us to get a glimpse of what Jacqueline Kennedy may have been like those first few days after her husband’s death. She tells her story through the lens of journalist Theodore H. White’s interview in Life magazine conducted with the former First Lady shortly after she moved out of the White House.

White had been contacted by Mrs. Kennedy to write her story because of what she believed were unflattering and hurtful news stories written about her immediately after the assassination. The guarded and intensely private woman that the American public saw is juxtaposed with a picture of a very real, very human woman who had just experienced a brutal and violent end to her larger-than-life husband.

Throughout the film, Jackie struggles with finding meaning in what she witnessed while also needing to redefine not only her husband’s legacy but also who she is now that she is no longer First Lady. As she goes about arranging her husband’s funeral while also going through their living quarters at the White House in preparation for moving out, Portman shows a woman on an emotional roller coaster, unable to find her emotional rudder — chain smoking and drinking as a way to cope late at night when no one can see.