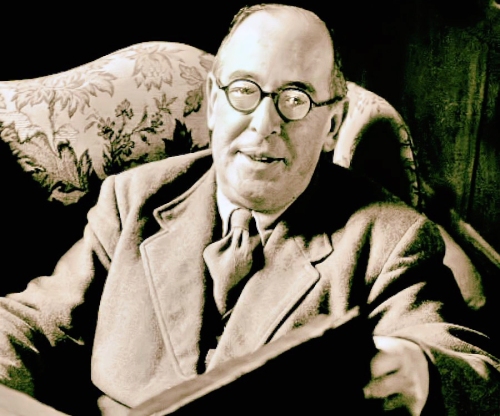 I’m a latecomer to the writings of C. S. Lewis, but through the prompting of my eldest daughter, I finally took the plunge. Putting the finishing touches on my own book, I was looking for several religious-based literary references regarding the perils of postmodernism that might support some of my contentions regarding music, aesthetics, radical egalitarianism, multiculturalism, and the pervasive influence of the celebrity-industrial-complex.

Lewis’ work, especially, The Screwtape Letters (1942) and its sequel, Screwtape Proposes a Toast (1959), provide a trove of insight in the examination of the whys and wherefores of our “fallen” condition in the context of “right and wrong as a clue to the meaning of the universe.”

Lewis admitted that writing The Screwtape Letters was simultaneously the easiest, but least enjoyable work of his career. He apparently went into deep depression after writing it. Given the brilliant exegesis of how the “Lowerarchy” of Satan effectively infects the human soul, it’s no wonder why. The Cold War was the backdrop of the sequel and the narrative of how leftist, neo-Marxist thought subverted academia and the intellectual class in the West underscores Lewis’ work here. The sequel is more ideologically-charged than the original and the perspicacious insights are like a punch in the gut that leaves you breathless — and somewhat forlorn.

The Screwtape Letters are a series of 31 letters written by a senior demon, Screwtape, to his nephew, Wormwood. The nephew is a younger and less experienced demon, tasked with guiding a man (called “the patient”) toward “Our Father Below” (Satan) and away from “the Enemy” (God.) As Wormwood’s mentor, Screwtape explains many tricks-of-the-trade to his young charge in the process of inculcating him with methods of “the Lowerarchy” (Hell).

In the preface to The Screwtape Letters, Lewis states there are “two equal and opposite errors into which our race can fall” when we contemplate Satan. One is to deny Satan’s existence, the other is “to feel an excessive and unhealthy interest” in him. The first error is Satan’s greatest ploy — if he doesn’t really exist, why fret about him? The second error is that we too easily create common bases with the dark side by our “unhealthy interest” in him.