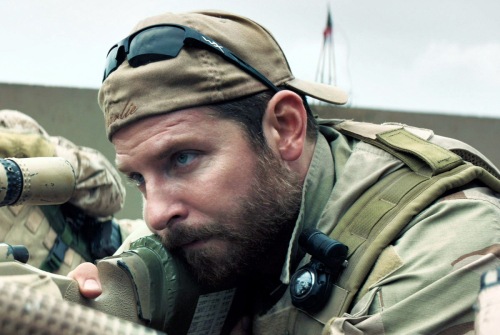 Clint Eastwood’s powerful film, “American Sniper,” dares to bring to public consciousness the hidden side of war. This hidden side is the tremendous toll war takes on the moral and psychological dimension — the soul — of the men and women who serve on the front lines. The film is based on Navy Seal Chris Kyle’s autobiography by the same title and follows his experiences as one of the most lethal snipers in U.S. military history with 160 confirmed kills.

Posted in Iraq, Kyle, brilliantly played in the film by Bradley Cooper, served four tours of duty before being honorably discharged in 2009. On coming home, like many returning veterans, Kyle had the difficult task of adjusting to civilian life in Texas as a husband and father to his two children. In 2013, he and fellow veteran, Chad Littlefield, were shot and killed by another veteran, Eddie Ray Routh, while at a practice range. Routh, who had been recently discharged from a mental health facility and been diagnosed with Post Traumatic Stress Disorder (PTSD), had arranged to meet with Kyle, who was trying to help him with his depression. The poignancy of the film was heightened when Routh’s trial began as “American Sniper” was being shown across the country. Routh was convicted of the murders two days after the February 22nd Oscars telecast, and immediately sentenced to life in prison without parole.

The film brilliantly and poignantly presents the personal turmoil that a soldier faces when holding a life in the crosshairs of his or her rifle. One particularly heart-wrenching scene shows a moment of decision when Kyle has a small Iraqi boy and a woman, who we assume is his mother, in his gun sights. The young boy is given an anti-tank grenade by the hijab-clad woman and begins to walk toward the column of approaching American soldiers. Kyle is praying for the child to stop or at least indicate he means no harm. But the boy doesn’t, and Kyle must do what he is trained to do  —  shoot him. When the mother then rushes to her child, picks up the grenade and runs toward the soldiers, Kyle must shoot her as well.