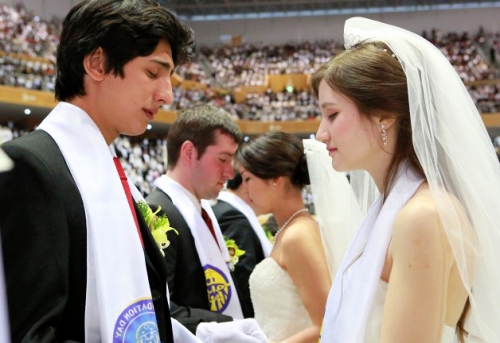 Unificationists would do well to review accounts of Christianity’s rise, particularly the role of inter-marriage in its penetration of the Roman Empire.

One astute analysis is that of Rodney Stark, an eminent American sociologist of religion, who distinguishes between “primary” and “secondary” conversions in his Rise of Christianity: How the Obscure Marginal Jesus Movement Became the Dominant Religious Force in the Western World in a Few Centuries (1997) and The Triumph of Christianity: How the Jesus Movement Became the World’s Largest Religion (2011).

According to Stark, “In primary conversion, the convert takes an active role in his or her own conversion.” Secondary conversion, he says, “is more passive and involves a somewhat more reluctant acceptance of a faith on the basis of attachments to a primary convert.” Agreeing to “go along” with one’s spouse’s faith is an example of this.

Based upon this distinction, Stark argues that exogamous marriage (with pagans) and secondary conversions were “crucial to the rise of Christianity.”

He points out that both Peter and Paul sanctioned marriages between Christians and pagans. Peter advised wives to be submissive to non-believing husbands so that they may be “won” by their “reverent and chaste behavior” (I Peter 3:1-2). Paul stated, “[T]he unbelieving husband is consecrated through his wife and the unbelieving wife is consecrated through her husband” (I Cor. 7:13-14).

Commentators have maintained that these passages refer to cases in which one or another of the partners’ conversion to Christianity postdated their marriage and that the apostles were counseling against divorce. However, Stark suggests these passages reflect “a far greater tolerance for exogamous marriage than has been recognized.”

According to him, “We know there was a very substantial oversupply of marriageable Christian women and that this was acknowledged to be a problem.” It was a particular problem for “highborn” Christian women who had limited marriage options within the early Christian community and faced a loss of legal privileges and control of their wealth should they marry men of inferior rank. Stark cites the British historian Henry Chadwick, who maintained, “It was often through the wives that [Christianity] penetrated the upper classes of society.” Peter Brown, another well-known historian, described Christian women as the “gateway” into pagan families.

Stark admits early church fathers regularly “condemned marriage to pagans” but argues that this only reflected “the frequency of such marriages.” At the same time, he highlights a lack of concern in early Christian sources “about losing members via marriage to pagans.” This, he says, is in keeping with modern observations. He cites Catholic sociologist Andrew Greeley, who “proposed the rule that whenever a mixed marriage occurs, the less religious person will usually join the religion of the more religious member.”

The question is whether this model applies to Unification marriage practices, specifically the Unification Movement’s marriage blessing, and to its goals for growth.

The sanctification of families through the International Marriage Blessing is a core mission of the Unification Movement (UM). It is a process through which men and women come into union with one another, engraft to the True Parents, reconcile with God, and thereby reconstitute themselves a new humanity. It is the epicenter of the movement’s program for world salvation.

In practice, there have been two main blessing models. The first of these is the “narrow gate model.”

Prior to 1992, the Blessing was restricted almost exclusively to Unification Church members. Candidates endured lengthy preparation periods, were strictly celibate, and were subject to special conditions associated with the Blessing, such as bringing three new converts and completing a seven-day fast. All were “matched” by Rev. Moon and required official permission to “start their families.” The Blessing itself included a complicated set of ritual practices, the centerpiece of which was the Holy Wine Ceremony which signified the couple’s “change of blood lineage.”

The problem with the “narrow gate model” was that it couldn’t keep pace with the movement’s world-transforming social vision. Rev. Moon could be listed in the Guinness World Records for the largest single mass weddings, but the biggest of these numbered only in the several thousands.

Beginning in 1992 but especially after 1995, the movement downplayed the “narrow gate model” in favor of a “globalization model.”

Rev. Moon expressed his intention of blessing hundreds of thousands, even hundreds of millions of couples by the year 2000. Blessings in 1995, 1997, 1998, 1999 and 2000 were massive events convened in major venues such as Seoul Olympic Stadium, RFK Stadium in Washington, D.C., and Madison Square Garden in New York City. They were simultaneously linked to satellite locations throughout the world.

Married to the Moonies, originally broadcast in 2012 on the UK’s Channel 4, follows three British second generation members as they prepare to be married at a blessing ceremony in Korea.

A major departure of the “globalization model” was that previous requirements did not apply to the overwhelming majority of those being blessed. The reason for this was simple. They were not Unification Church members. Nearly all were previously married couples who agreed to rededicate their marriages. In most cases, the Blessing came as suddenly as a knock on the door. The vast majority had only the most limited and rudimentary understanding of the Blessing if they understood that they were blessed at all.

The problem with the “globalization model” was that newly “blessed” couples lacked the requisite understanding or commitment to align themselves with the Movement and its goals.

As a consequence, neither the “narrow gate” nor the “globalization” models were fully satisfactory.

From a dialectical perspective, the “narrow gate” and “globalization” blessing models have a thesis-antithesis relationship. Accomplishment of the Movement’s goals may hinge upon finding a workable synthesis of the two. I propose an “open blessing model” as such a synthesis.

The first defining characteristic of an “open blessing model” is freedom of choice in the selection of one’s spouse. This is in accord with the “globalization model” and Rev. Moon’s vision of “exchange marriage,” i.e., intermarriage beyond nationality, race, ethnicity, cultural background, and religion.

In other words, for committed Unificationists, the Blessing remains a narrow gate.

This, unfortunately, has had negative consequences. Shortly after Rev. Moon’s passing, Mrs. Moon lamented, “Where did all the young people go … it is heartbreaking that we have not been able to offer the second and third generations to Heaven. Twenty thousand second generation have all been washed away into the secular world.”

New religious movements need to retain their distinctive character during their formative years. However, beyond a certain point, rigid boundaries foster an excessively inwardly-looking culture that is antithetical to growth and unattractive even to those who remain within the faith.

The second defining characteristic of an “open blessing model” is commitment to or at least identification with the Unification Movement and the Blessing ideal.

This builds on the “narrow gate model” and an understanding of the Blessing as the basis of human redemption and societal transformation.

There are barriers against this, particularly for the movement’s next generation. As a consequence, most Unification parents are more accepting of second generation couples who have little or nothing to do with the church or even a religious way of life, so long as they are blessed with another second generation member. This is not sustainable.

The Movement’s theology of the blessing will likely be a source of contention in years to come. Should the Movement insist on the “narrow gate model,” it may persist as a narrow, insular sect. Should the “globalization model” predominate, the movement will likely dissipate. The “open blessing model” affords an opportunity for the movement to retain its distinct identity while interacting with and, in the end, transforming society.

According to Stark, “Christians managed to remain an open network, able to keep building bonds with outsiders, rather than becoming a closed community of believers.” A “high rate of exogamous marriage,” he states, was one mechanism by which they accomplished this and one which in his view “was crucial to the rise of Christianity.”

If that is true, the “open blessing model” may be not just a synthesis of previous models but a providential necessity.♦

Dr. Michael Mickler is Professor of Church History at UTS. His books include: Footprints of True Parents’ Providence: The United States of America (2013) and 40 Years in America: An Intimate History of the Unification Movement, 1959-1999 (2000).

61 thoughts on “The Providential Necessity of “Open” Blessings”