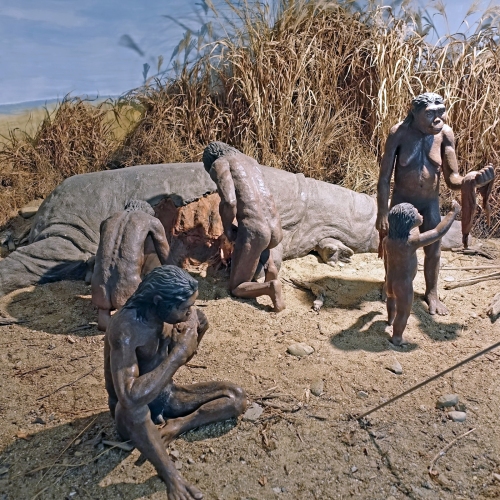 Since the creation of Adam and Eve — according to the Bible, or the evolution of humans, if you prefer Darwin — it seems humankind has been hurling itself towards self-annihilation and the destruction of the planet. Creationists would say that goes back 6,000 years. According to scientists, it’s more like 2-3 million years ago, but it appears the pace has picked up dramatically in the last few hundred years.

Where can we turn to save ourselves and the earth from ourselves? Could a coalition of religion and science lead the way out of our dilemma?

What if they could work together towards a truer understanding of who we are, where we came from, and why we are so torn between destructive behavior and the need to live together in peace and harmony?

An area that clearly needs new understanding and attention, if we are to “save” ourselves, is the creation myths of various religions and early cultures throughout history. They could use some updating.

A good example is the Judeo-Christian creation story in the Bible. God makes Man, and then decides Man shouldn’t be alone, so one night, when Man is sleeping, God opens him up, removes a rib, and makes for him a mate — Eve. They are told not to eat the forbidden fruit, but she is tempted by Lucifer, eats it and gives some to Adam.  They are kicked out of the Garden, and told they and their descendants will have to work for a living for the rest of their lives.

Perhaps science can contribute to our common understanding of what this story means, and what really happened in the Garden. It might give us some clues as to how to control our wild, destructive nature.

Science has been trying to shed light on the origin of our species through years of painstaking research and investigation by paleoanthropologists, geologists, archaeologists, and others. This is the story of human evolution.

Religion fiercely resisted at first. But in time most major religions have accepted the scientific theory by adding that God is the force behind evolution.

Today, only a small group of religious fundamentalists cling to creationism — a “literal” understanding of the story in Genesis that God made everything, including humans, whole and complete in one fell swoop in just six days.