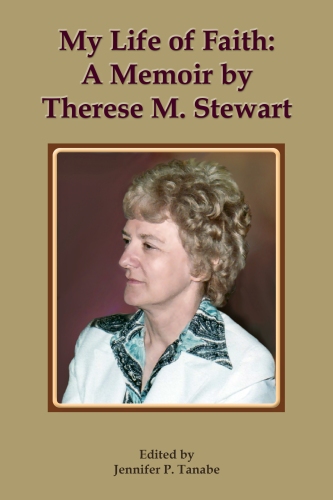 A memoir is a treasure trove filled with precious nuggets of information about a person’s life. No matter how well you may think you know someone, reading their memoir illuminates parts of their life that you knew little to nothing about. Dr. Therese Stewart’s memoir, My Life of Faith, does not disappoint.

Therese was born and raised on a farm in rural Minnesota. As a child, she learned and practiced her family’s Catholic faith, and when her older sister became a nun, she told God she would follow in her footsteps. World War II somewhat delayed that plan, diverting her to nursing. This proved a minor delay, however, as she joined the same Franciscan order as her sister in 1948.

Therese spent two decades as a Catholic nun. In the late 1960s came the first crucial turning point in her life of faith. She met a member of the Unification Church, Betsy O’Neill (now Jones), while studying at Columbia University in New York City. After studying Divine Principle for several months, and having a number of significant dreams, she committed herself to a new spiritual course.

Here is how she describes her early response to these new teachings:

I felt that my life had been preparation for this. Divine Principle reinforced much of what I believed as a Catholic but there was striking new content too. I had never thought of Jesus and the Holy Spirit as “spiritual true parents,” nor anticipated the coming of physical True Parents. Also compelling was the idea that the prophecy of the Second Coming was being fulfilled by a couple! The concept of True Parents as opposed to the fallen first ancestors, Adam and Eve, was new to me. (I had no problem accepting the idea that the fall of man was an illicit love relationship even though many considered that an archaic interpretation of the Genesis account). The idea that Jesus was to have married and extended God’s lineage immediately struck me as true. (I had read years before that it was not God’s will for Jesus to die on the cross but that someday we would understand why God had allowed it.)

I did not easily accept that the Second Coming would be fulfilled by anyone other than Jesus but neither could I deny that the allegedly unfulfilled part of his mission—to marry, create a True Family, and develop a loving dominion over the creation—required his having a physical body!