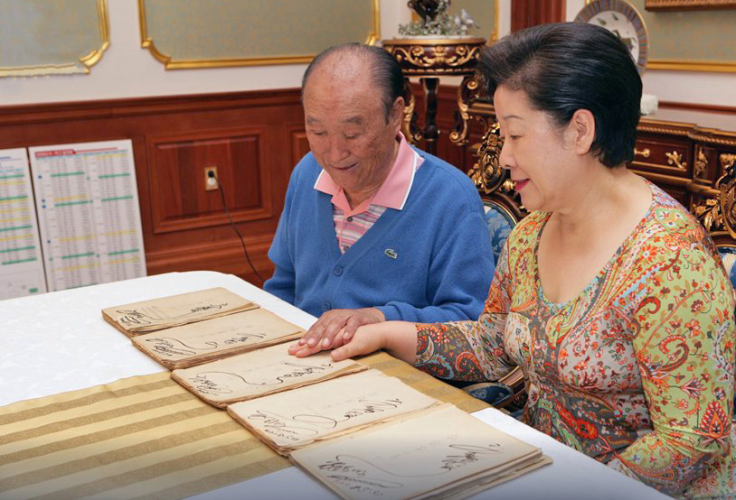 This is a selection of From the One to All Beings, commonly known in the Unification Church as Wolli Wonbon, which Sun Myung Moon wrote in 1951 while living as a refugee in Pusan. The only book that he wrote in his own hand, its nearly 700 pages covers all aspects of the Divine Principle and lays out a roadmap of the mission that he dedicated himself to fulfill in his lifetime.

Speaking of this book, the author said, “I wrote the ideas in condensed form, like poetry. Since I just wrote the essential points, people could not easily understand it unless I explained the main points to them.”[1] Here you can taste the poetic and allusive nature of this text and the special feeling that it conveys. To fully grasp the meaning of even a single paragraph, the translators[2] had to read and reread it at least 30 times. Even so, the reader may also find that it requires special effort to fully comprehend these words.

The chapter on Korea has four sections; this is the entire fourth section. It explains why Sun Myung Moon and Hak Ja Han Moon (True Parents) have been making efforts to bring unification to the Korean peninsula, which they see as the key to ending the historical conflict between democracy and communism and inaugurating a world of lasting peace. It also explains how this conflict can be ended; not mainly by political, military, economic, or diplomatic means but by having all people center on Heavenly Parent.

At this time when True Mother is so focused on achieving this goal, the translators present this text to the public with the hope that Sun Myung Moon’s words of 70 years ago will provide people with vision and purpose for carrying out this essential task, which is for the sake of all humankind.

History has been winding on and on through 6,000 years to arrive at today. It should have wound freely beginning with the One as the clue. But from the start its windings were twisted and tangled, so much so that it appeared like a lumpy pile of thread, and no one could recognize the beginning or the end of it. How can we not but lament over this history?

People have struggled to get through history that is tangled like a pile of thread in order to escape from their distress. Yet, history was too tangled for people to understand the reality of the Clue, and hence they could neither grasp its beginning nor its end.