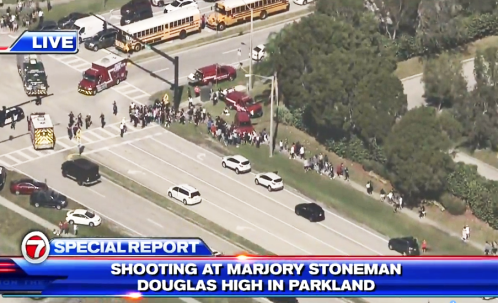 News of the February 14 mass shooting at a Florida high school that claimed the lives of 14 students and three staff has people all over asking questions once again. In a debate where the same arguments are exchanged consistently, it seems a spiritual numbness prevails that leads to more confusion and frustration than solutions.

Here, I look at some statistics and posit there’s a profound cultural difference between the USA and most other nations, not only in the developed world but most other countries, when it comes to gun ownership.

Neither side of the debate in the USA has convinced the other. Supporters of tighter gun control scream something must be done and restrictions should be placed on gun ownership and background checks should be more rigorous. Supporters of existing gun laws tell us stricter laws are not the answer and that “Guns don’t kill people. People kill people.”

We are told, for example, that Chicago, with strict gun laws, has a very high murder rate and high crime rate. Some would suggest stricter laws would prevent people from killing people.

Most folks living outside the U.S. are perplexed that gun laws are as loose as they are and ask why Americans don’t do the obvious. Some go as far as avoiding travel to the U.S., fearing gun violence!

But there is one puzzle that repeatedly stumps supporters and non-supporters alike. Why does the U.S. have an enormously higher rate of mass shootings than anywhere else? And why do most developed countries such as in Europe, Japan and Canada have such low homicide rates — especially those involving guns? 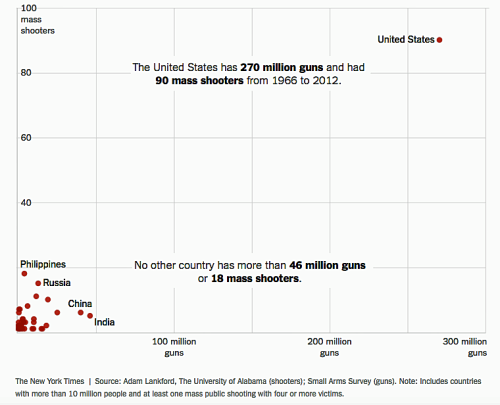 There exists a long litany of arguments for and against tighter gun laws and both sides in the USA cite the Second Amendment. Most folks outside the U.S. cannot easily understand what’s at the root of the gun issue and what the American worldview is when it comes to gun ownership and their use.

END_OF_DOCUMENT_TOKEN_TO_BE_REPLACED

It was 1976, the year of the famous, and infamous, Bicentennial of America.  True Father, Rev. Sun Myung Moon, was planning to speak at the Washington Monument on September 18 as a grand finale for the historical “God Bless America Festival,” which had been launched at the beginning of the year.

I, like thousands of brothers and sisters, had been pulled off of “frontline” MFT (mobile fundraising team) duty to participate in the Yankee Stadium event that took place in June.  That event was clearly a battle between heaven and hell, and in spite of the fact that we literally reversed the weather patterns inside the stadium by “chasing away the rain,” singing “You Are My Sunshine” with all our hearts, True Father declared it a “victory.”

Although some of us, maybe, were not sure. He said in his historic speech at the “victory” celebration at Belvedere, “…now I know you can succeed at the Washington Monument rally.” Father, always with the “providential numbers.”

As a veteran MFT team captain, I wasn’t so sure about my future participation in the coming weeks. It seemed that few events, historical or not, altered the consistency of frontline MFT work.  And, after a typical quick reshuffling of members, teams, and regions, my team and I went back out, to the streets, parking lots, shopping centers, and bar runs, of…Philadelphia. In summer 1976, Philadelphia was where it was all happening.  A party in the streets every night.

However, in early September, my team, as well as hundreds of others from around the country, were “called in” to join forces with the thousands of brothers and sisters who had already been working day and night preparing for the historic “Meet Us At the Monument” campaign, in cities all over the country. The plan was for Rev. Moon to address a crowd of 300,000 at the Monument and we were there to help “prepare buses.”

Now everyone has heard, “God works in mysterious ways,” so, as it turned out, my team, was sent to…Baltimore.  We were assigned to work with an already established group headed by members who came from…Oakland, California.

In 1976, many had “heard” of the “touchy-feely” success the “Oakland Family” had in swelling the ranks of the Unification family. And the stories became legend.

END_OF_DOCUMENT_TOKEN_TO_BE_REPLACED

My wife and I became students of tai chi nine years ago. We attend one class per week, which lasts one hour with our teacher and practice at home several times a week.

I’d like to share how it has benefited us as well as how this ancient practice fits into some popular trends of mindfulness and from Father Moon’s teachings on Mind-Body Unity or the First Blessing.

Taming or fostering a focused mind is at the core or the first steps in achieving unity between our thoughts and actions.

From The Way of Unification:

Once our mind is focused and calm, we can focus it on love or heart and connect to God. The unity of our thoughts and actions is the place where love can abide and we can connect with God. So there are really two steps involved.

From the chapter on Heart from New Hope: Twelve Talks by Sun Myung Moon:

“Which comes first, unity or love? You can love yourself when your mind and body are in harmony with each other. If you love yourself when your desire and actions are going different directions, then your love has little meaning. When your mind and body are united into one, then God will eternally protect your love. Unity is the beginning point of love, the point where love can come to abide. This is God’s ideal. Unless God can find persons whose quality is in accordance with His ideal, He cannot be happy at all. He has no one He can love.”

Qigong is the practice of moving meditation, rooted in Taoism. It serves a similar role as meditation, but also has components that include self-massage and wellness. Tai chi is a subset of qigong and adds a martial arts component and also provides strength and flexibility training as well as balance and memory enhancement. Tai chi was originally developed as a way to practice martial arts, which was forbidden in China. The slow movements disguised the very powerful martial applications.

END_OF_DOCUMENT_TOKEN_TO_BE_REPLACED

“Christ at the Second Advent, who is to come as the center of Christianity, is the person of the Maitreya Buddha who is to return according to the teachings of Buddhism, the True Man who is awaited in the Chinese religious tradition, and the Chongdoryong for whom many Koreans yearn. He is the central figure whose advent is expected in other religions as well.” (Exposition of Divine Principle, Part I, Chapter 5: Resurrection, Section 3: The Unification of Religions)

This passage is familiar to all Unificationists, and it is our understanding Sun Myung Moon is the fulfillment not only of the Second Coming of Christ but, together with his wife, Mrs. Hak Ja Han Moon, fulfills the ultimate role of the True Parents of humankind. Thus, we easily recognize the Mahdi in this role of the awaited returning central figure in Islam whom we can see fulfilled in the True Parents.

But what about Hinduism? If there is no corresponding central figure in Hinduism, with a billion adherents, how will all religions come together under one God, one True Parents?

I knew little of Hinduism until recently, finding the many gods, some with the heads of animals or many arms, rather unattractive. On the other hand, the greeting “namaste,” which a colleague at an interfaith gathering explained means “I bow to the divine in you,” has a deep spirituality that impressed me and evoked my respect.

When I reflected on it, I knew there must be common ground with the other religions, and this must include the expectation of a messianic figure to come, soon.