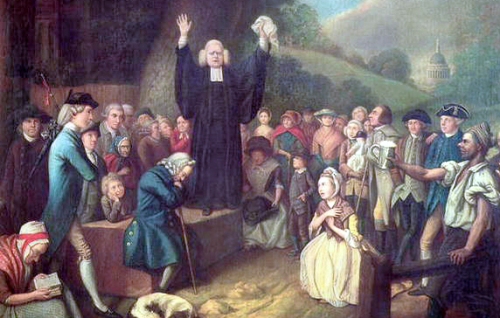 This article is adapted from a sermon delivered May 15, 2016, in the UTS Chapel to a FFWPU New York regional congregation.

We are living in a special time in history due to the role and mission of the co-founders of the Unification movement, the Reverend Sun Myung Moon and his wife, Dr. Hak Ja Han Moon.  The time of Jesus was a period of transition from an old world to a new one when a new religion was born.   It took nearly 400 years for that religion, Christianity, to gain acceptance by the Roman Empire.   It will not take centuries for the Unification movement to be accepted because events are happening much more quickly in our lifetime.  It will take decades, not centuries.

Jesus proclaimed good news based on a new revelation that established a new religion.  Externally at that time, the power of the Roman army created stability in the Mediterranean world, establishing the Pax Romana that allowed Christianity to spread widely.  At the same time, new mystery religions internally caused uncertainty and insecurity for people; even Christianity had many different sects.

Out of that confusion, an entirely new world, not just a new religion, emerged.

There is a parallel between the Roman Empire 2,000 years ago and America after World War II.  The power of the American military and economy provided for a time of relative peace and stability called the Pax Americana.  Yet in the 1970s, when Rev. and Mrs. Moon arrived in the U.S., America was in a chaotic state.  Many people were confused and could not understand what was happening.  From my perspective, America was in a state of decline.  There was a danger that the United States would fall in the same way that Rome did when Christianity emerged.

During that time, Father and Mother Moon played a major role in helping to revive America, even though most people still do not know their historical role. Nor did people know who Jesus was, since very few people heard about him.