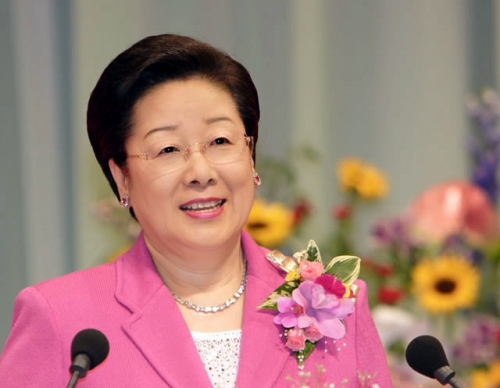 This is Part I of a two-part article. Part II will appear next week.

On September 3, 2012, the Unification Church and movement entered a new and critical phase in its development. Long foretold by sociologists of religion and new religion watchers, the seonghwa (ascension) of Reverend Sun Myung Moon, the founder of the Unification movement, was accompanied and followed by anguish, confusion and realignment on various levels.

Even a brief review of the history of major religious movements shows that, in each case, the passing of the founder occasioned a fundamental transformation of the religious movement. Those movements that successfully transformed were able to survive and develop; those that did not have disappeared. The crisis of succession, or what sociologist Max Weber termed the problem of “the routinization of charisma,” would seem to be an inevitable turning point in the history of religious movements. The Unification movement is not an exception; this crisis and transformation were unavoidable.

The Unification movement is now in a very new stage of the providence, beyond what has been charted in previous understandings of the Principle and of Rev. Moon’s teachings. Even if events after his passing had unfolded in a different way, the novelty of the situation and its challenges would have been present nonetheless. Unification sources — especially the Divine Principle books, but also True Father’s speech volumes from earlier days — do not give us a comprehensive account of this time, although they do contain insights that we need. So there is a necessity for members to pray, study, and discuss together, seriously and respectfully.

True Mother’s leadership role is unprecedented in the history of world religions. For each of the main central figures — including Confucius, Buddha, the Greek philosophers, Jesus Christ, and the Prophet Muhammad, no spouse held a leading role in the ongoing development of the religious community. This fact is one of the reasons why True Mother’s leadership is controversial. There has naturally been some unfamiliarity and some opposition. In this situation, that opposition has provided an opportunity as well as a necessity to proclaim True Mother’s leadership clearly in providential terms.

The purpose of this two-part article is to put forward some elements for a case that True Mother’s leadership of the Unification movement at this time is a providential necessity.

The Meaning of Providential Necessity

Care must be taken when referring to “necessity.” The concept here is not one of logical, mathematical or causal necessity in a narrow sense. Events surely could have unfolded differently than they did, and nothing in this presentation intends to deny that fact. According to Unification teaching, the providence of God has always unfolded according to specific patterns of restoration, filtered through the degrees of fulfillment of the human portion of responsibility on the part of innumerable known and unknown contributors.

The whole of Unification theology is built on the premise of the providential necessity of True Parents. On that premise, Unification theology is distinguished from traditional Christian theology. The providential necessity of the coming of True Parents implies that their advent is necessary for salvation, restoration and recreation. Moreover, their status and role in the establishment of Cheon Il Guk, the Nation of Cosmic Peace and Unity, is unique and irreplaceable.

Since 1960, our movement has celebrated True Parents, and placed their picture together at the forefront of our devotional piety and public occasions. There are countless passages in True Father’s sermons which speak of the uniqueness and irreplaceability of True Parents, which must include True Mother as well as True Father. Recognizing that True Mother’s leadership fulfills a providential necessity also means acknowledging that if events had unfolded differently, there would have been a major providentially necessary step missing. More will be said on this point in Part II.

In expressing the uniqueness and irreplaceability of True Mother, the concept of “only-begotten daughter” (독생녀, 獨生女) that is found in both True Father’s and True Mother’s teachings has become a central issue within the Unification movement. True Mother’s announcement of her status as the “only-begotten daughter” of God is one of the points of debate and division in the movement at present. Although there are precedents for the use of this term in True Father’s speeches, it is also true that the concept is novel in terms of typical expressions of Unification theology and polity. Therefore, it requires a careful process of theological reflection.

The clearest precedent for “only-begotten daughter” is the use of the term “only-begotten son” (독생자, 獨生子) with reference to Jesus and also True Father. For Christianity, the creedal statement referring to Jesus Christ as the “only begotten son” came to mean “begotten before all worlds.” If Unification theology were to develop along the same lines, it would lead us toward the kind of Christological confusions and controversies which have beset Christian theology.

Fortunately, we have the resources of East Asian religious thought to work with as well as the biblical tradition. For example, according to traditional Buddhist sources, at the time Siddhartha Gautama — who would become the Buddha — was born, he took seven steps and spoke the following words: “In heaven and on earth, I alone am the honored one.” (천상천하 유아독존, 天上天下 唯我獨尊). These famous words contain the same word 독, 獨 (“only, solely”) as in “only-begotten.”  These words might sound like a self-centered claim, but it couldn’t be so, because, according to the tradition, the Buddha has no self. This statement could not be the result of individualistic self-consciousness or self-promotion, which would be a problem. For Unification theology also, a perfected person is not always asking “what about me?” Instead, such a perfected person asks what he or she can do for the sake of others.

The famous first words of the Buddha were often quoted by True Father, and the Divine Principle text also quotes this saying in the section on the value of a person who has fulfilled the purpose of creation:

Every person who has completed the purpose of creation is thus a unique existence in the cosmos. We can thus affirm the truth in the Buddha’s saying, “In heaven and on earth, I alone am the honored one.” (Exposition of Divine Principle, p. 164)

We can say, then, that the term 독 獨 in “I alone am the honored one” (唯我獨尊) means that Buddha is the uniquely awakened one, who then sets out to awaken others. Perhaps True Father as only-begotten son (독생자, 獨生子) and True Mother as only-begotten daughter (독생녀, 獨生女) can also be understood similarly as “uniquely born” or “born solely from Heaven.”

Another significant passage in East Asian religious thought that has the term 독獨 is the first chapter of the Confucian “Doctrine of the Mean” (중용, 中庸), containing the concept of shin dok (신독 慎獨) as characterizing the noble or profound person. Literally, shin dok can be translated as “being watchful and careful when alone.”

The contemporary Confucian scholar, Tu Weiming, explains shin dok more fully in terms of “vigilant solitariness,” even when the profound person is surrounded by others. Perhaps this Confucian concept of “vigilant solitariness” can also shed light on the nuances of what it means to be “only begotten.” Though she has had very little time physically alone since the beginning of her mission in 1960, True Mother’s life has been characterized by careful alertness and lonely solitariness.

As detailed in numerous sermons and public talks, True Father deliberately raised True Mother to fulfill her providential and public role. He speaks particularly of preparing her during the crucial first seven years of their mission together as the True Parents, from 1960 to 1967. True Mother began the indemnity course from the position of servant of servants, just as True Father had done earlier. True Mother followed the course laid out for her, consciously, willingly and with determination.

To restore the original position of Eve was a world-historical task. According to the patterns of the providence of restoration recounted in Unification theology, there is first the restoration of Adam, and then Eve. There is an asymmetry between the positions of Adam and Eve during the course of restoration.

True Mother is not a successor to True Father in terms of leadership; on the contrary, True Mother’s leadership is the continuation of True Parents’ leadership.

That continuation was edified on Foundation Day, when True Mother appeared in royal robes with crown and scepter. Understanding the providential necessity of True Mother’s leadership requires investigating and upholding not only her status as True Mother but also as True Queen.

True Father clearly explained the importance of True Mother’s position as Queen, in the following words:

This daughter [True Mother], who was 17 years old when she was blessed to me, must become the queen (여왕). She must advance to the position of the Queen of the Heavenly Kingdom (하늘나라의 여왕). Therefore, after our Holy Wedding she had to go through the positions of wife, mother and grandmother, and rise up to the position of queen. When I refer to her as True Mother, it is because she is the mother who represents the heavenly nation. When I say she is my wife, it means that she represents the king and therefore must be attended as if attending the king. (Cham Bu Mo Gyeong, p. 206 [Book 2.4.3.10, 593-216, 2008-06-16])

As is clear from this passage, the title True Queen is not simply an honorific term for the wife of the True King. The concept of True Queen includes within it the qualifications for leadership. In other words, it is providentially important that the Queen (여왕) be able to actually reign. In order to manifest and realize her leadership, it has been providentially necessary for her reign to be put into actual practice.♦

Dr. Thomas Selover (UTS Class of 1977) is a professor at Cheongshim Graduate School of Theology in Korea. He received his doctorate from Harvard University Divinity School in comparative religion and Confucian thought and has taught at universities and colleges in the U.S., Canada, China, and Korea.

12 thoughts on “The Providential Significance of True Mother’s Leadership”