The Doctrine of Continuing Revelation 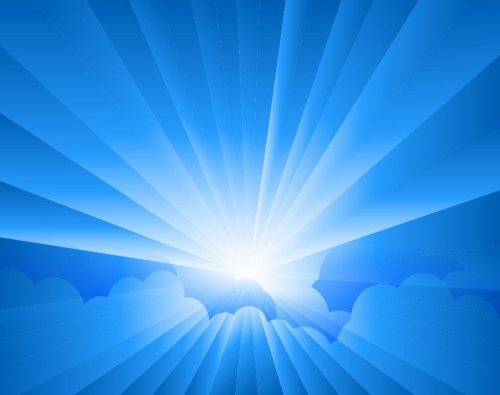 The Unification movement affirms a doctrine of continuing revelation. But this is a difficult doctrine for any religious tradition to uphold.

The reason is simple. Revelation changes or at least upsets everything and almost everybody.

This is certainly the case for founders of religious traditions. The Hebrew prophets were stoned. Jesus was crucified. Mohammad was ridiculed and driven from the city of Mecca. Joseph Smith was assassinated. Sun Myung Moon endured torture and imprisonment.

In short, “Thus saith the Lord” is a life-threatening proclamation.

This is true not only for founders of religious traditions but also for their followers. Those claiming continuing revelation typically earn such titles as heretic, apostate, deceiver, witch, sorcerer, blasphemer, false prophet, liar, cult leader, and Antichrist.

This first is to close off revelation.

Christianity is a case-in-point. The early Church was a maelstrom of competing points of view, self-proclaimed prophets and founders of new sects. Christians agreed that Jesus had overcome death and in one way or another incarnated the living God. They disagreed about almost everything else: strategies of outreach, leadership, worship, church discipline, Jesus’ divine and human nature, and whether they should pray for or condemn Rome.

In this context, a plethora of individuals and groups arose who claimed continuing revelation. Some attracted broad followings. All were eventually branded heretics and many of their “revelations” claimed to supersede Jesus and his teachings. Among the more notorious were:

Besides these, gnostic groups purveyed “secret” knowledge (“gnosis”) and scriptures teaching all matter is evil, that creation of the material world was a mistake or abortion, that Christ was not born and that he did not possess a physical body. Antinomian sects taught that saved Christians were “above the law” and everything was permitted, notably free love.

The Church responded to “false teachings” by closing off revelation. Reaching consensus took several centuries and wasn’t complete until the Council of Carthage (397). Church leaders set three criteria for writings to be included among the 27 books of the New Testament. They must be regularly used. They must teach sound doctrine. And they must be “apostolic,” that is, written during Christianity’s founding generation.

Nothing written after the apostles counted as revelation.

The Book of Revelation warns that anyone who “adds to” or “takes away” from its words (Rev. 22:18-19) will be subject to plagues, lose their part of the tree of life and the holy city. Christianity, in general, applied this warning to the New Testament as a whole. Judaism likewise closed the prophetic tradition after Malachi. Islam “sealed” it with Muhammad.

The second way religious traditions fight off new claims is by “managing” revelation.

First, it distinguishes between “public” and “private” revelations. Roman Catholicism, for example, teaches that public or “divine” revelation ended with the death of the last living disciple. However, “private” revelations continue. Thus, it accepts “apparitions” (visionary experiences) and “interior locutions” (inner voices) so long as they do not claim to “surpass, correct, improve, or complete public revelation.” Protestants are less comfortable with claims of private revelation and prefer to distinguish between Biblical revelation and later “inspiration.”

Second, the Church “manages” revelation by setting authorities over it. Early on, it entrusted bishops with the sacred deposit of faith. When they disagreed, councils of bishops gathered to refute heresy and set boundaries of Christian truth. Their collective wisdom, understood to be guided by the Holy Spirit, crystallized into creedal formulations. The papacy subsequently emerged as an “infallible” interpreter of divine revelation. Protestants reject this and regard Scripture alone as authoritative (“Sola Scripture”).

The Church of Jesus Christ of Latter Day Saints (LDS), i.e., the Mormon Church, is a distinct case as it affirms continuing revelation but employs measures to control it.

LDS departs dramatically from mainstream Christianity in that it posits an “open” scriptural canon. At present, this includes the Holy Bible (King James Version), the Book of Mormon, the Doctrine and Covenants, and the Pearl of Great Price. Mormons regard apostolic revelation as “inspired” but not “infallible,” and later revelations take precedence over earlier ones as in the church’s repudiation of polygamy.

Although LDS upholds personal revelation, it understands that “divine” or “church-wide” revelation comes only through those called by God as prophets, i.e., the First Presidency and the Quorum of the Twelve Apostles. Mormons regard ongoing revelation to be essential in guiding them through changing conditions, keeping doctrine pure, revealing new doctrine and scripture in the time appointed by God, and in making policy or organizational changes as the church grows and evolves.

All this is by way of introduction to the issue of continuing revelation in Unification tradition.

It may be displeasing to religious believers, especially to Christians, to learn that a new expression of truth must appear. They believe that the scriptures they have are already perfect and flawless. Certainly, truth itself is unique, eternal, immutable and absolute. Scriptures, however, are not the truth itself, but are textbooks teaching the truth. They were given at various times in history as humankind developed both spiritually and intellectually. The depth and extent of teaching and the method of expressing the truth naturally varied according to each age. Consequently, we must never regard such textbooks as absolute in every detail.

At the same time, EDP describes the teaching of Sun Myung Moon to be the “ultimate life-giving truth.” Divine Principle (1973) refers to Rev. Moon’s teaching or “Principle” as the new, ultimate, and “final” truth.

Both texts acknowledge deeper, more profound portions of the truth will be revealed and published. However, it is difficult to imagine that the tradition will countenance continuing revelations that lie outside of or claim to supersede the Principle. The movement has already expelled “heretical” groups claiming that Rev. Moon failed or was a forerunner to their leader and teaching.

Within the movement, there is ambiguity over authoritative revelation.

An oral tradition, consisting of Rev. Moon’s sermons and speeches, exists alongside the Principle texts. In 1998, Rev. Moon announced that his words, collected in several hundred volumes, constituted the Completed Testament Age canon. By 2003, an authoritative set of his words, known as the Cheong Seong Geong or “Heavenly Scripture” was prepared. It consisted of 16 books or chapters on specific topics and ran to some 2,500 pages.

Rev. Moon subsequently directed that his “Messages of Peace” (Pyung Hwa Shin Gyeong), 17 public speeches delivered after 2003, be collected into an authoritative volume. Prior to his passing, he prepared his “last words for humankind” in the form of “Eight Great Textbooks.” These were:

After Rev. Moon’s passing, Mrs. Hak Ja Han Moon testified to her husband’s continuing presence and inspiration. She described his words as “precious gems” but made it a “top priority” to “polish” and put them “in order.” She assembled a “Compilation Committee” and less than a year later presided over the publication of a “revised” Cheon Seong Gyeong and a re-titled, re-worked Pyeong Hwa Gyeong (“Peace Messages”), which now includes a multitude of Rev. Moon’s speeches and some of her own.

This scandalized a dissident element within the movement calling themselves the “Blessed Families Committee for Protection of True Father-established Cheon Seong Gyeong and Pyeong Hwa Shin Gyeong” (BFC-PCP). They demonstrated outside church headquarters in Seoul, demanding that leadership “stop damaging the Eight Great Textbooks.”

Bottom line, they insisted no changes were valid if made after Rev. Moon’s passing.

BFC-PCP’s position appears to be a repudiation of the Unification movement’s doctrine of continuing revelation. It also is a direct challenge to Mrs. Moon as the movement’s co-founder (which Rev. Moon affirmed) and her husband’s co-equal.

The filioque clause, repeated in Western liturgical churches to this day, has particular relevance for the Unification movement given its identification of the Holy Spirit with the feminine aspect of God.

Later, she asserted her own unique origin as God’s “only-begotten daughter.” At a “Special Meeting for World [Unification] Leaders,” she said, “You cannot say that God’s only begotten son educated God’s only begotten daughter.” In effect, she maintained that she “proceeded” directly from God, thereby, standing the filioque’s 1,500 year legacy of Holy Spirit subordination on its head.

These issues are complex and highly charged. However, it seems inevitable that the Unification tradition will need to establish an authoritative canon as well as mechanisms for managing it.

The Cheon Il Guk Constitution, intended to provide for a Unification-inspired social order, states that its “basic scriptures” are Cheon Seong Gyeong, Cham Bumo Gyeong (“True Parents’ Scripture,” an as yet unpublished account of Rev. and Mrs. Moon’s life course), and Pyeong Hwa Gyeong. It says nothing about how they will be interpreted or who will have authority to interpret them.

The most likely future outcome is that Unification tradition will attribute unique significance to the revelation of God in Rev. and Mrs. Moon as “True Parents.” It’s also likely that Mrs. Moon will stand alongside her husband as the tradition’s co-founder, co-equal and co-revelator. How that will be expressed in holy texts, how those texts will be interpreted, whether the tradition will recognize ongoing revelations, and, if so, how continuing revelations will be authorized are as yet open questions.♦

Dr. Michael Mickler is Professor of Church History at UTS and Barrytown College. His books include: Footprints of True Parents’ Providence: The United States of America (2013) and 40 Years in America: An Intimate History of the Unification Movement, 1959-1999 (2000).

14 thoughts on “The Doctrine of Continuing Revelation”