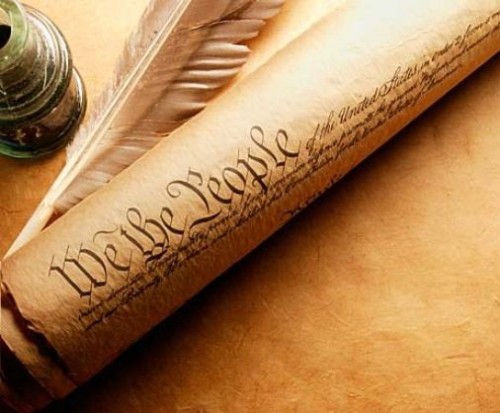 Western Unificationists cannot simply offer the U.S. Constitution as a model constitution for Cheon Il Guk because it is based on a worldview that increasingly reflects the way Americans used to think, not the way we would like to think in the future. It defines life in terms of ownership of material resources and the overarching need to escape the oppression of authoritarian leadership. More human rights-based thinking crept in over the years, but was relegated to the Bill of Rights that is supplementary to the Constitution itself.

The proper order for a healthy society is the reverse. The original purpose of life and identity of a human being should be the primary thrust of a constitution, while the regrettable need for some governmental authority and control should become secondary.

It could be argued that the rights outlined in the Bill of Rights are so obvious they don’t need verbal expression. To young people they probably are.

However, we see much evidence in today’s society that competing in the marketplace and living subject to the many and proliferating instruments of governmental regulation and control has produced a population that lives defensively. Society is finding self-preservation so burdensome that there is little room to care actively for human rights on a larger scale. Those who have been successful in the financial world tend to speak of their own rights much more than of the needs of others, and tend to see poverty as a sign of failure more than anything else.

Constitutional rights have become legal rights, and the legal world dominates modern economic life. Without a wide, encompassing basis for a constitution, it is inevitable that the restrictions will eventually become part of everyday life via a system of laws and societal institutions.