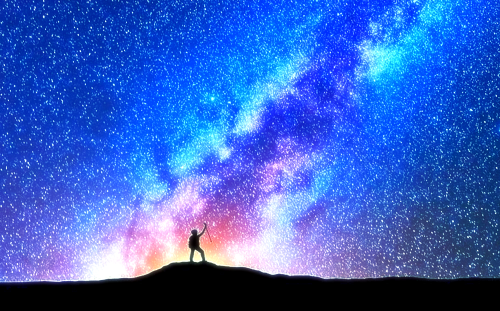 Science, even physics, has in recent years moved much closer to Unification Thought, which certainly places life, especially human life, as the center of the universe.

The over-specialization of the past meant that an astronomer well-versed in planetary astronomy may know almost nothing about the research of the early universe astronomer in the office next door. However a concerted effort to encourage interdisciplinary research over the last two decades has brought about a newly-integrated understanding within science, a much more comprehensive picture that incorporates many diverse fields.

As a result of the rapid pace of discoveries in biology in particular, the importance of life and the recognition of much more about the mechanisms of evolution have changed our thinking of the role of life and consciousness.

Books such as Biocentrism: How Life and Consciousness are the Keys to Understanding the True Nature of the Universe by Robert Lanza have been transformational, especially in allowing the average academic to feel more confident in publishing on controversial topics. Philosophy is experiencing an upsurge with the popularity of panpsychism, and old philosophers long overlooked have experienced a revival in popularity, as the themes of their writings have become the themes of today’s science.

In early December, a conference entitled “The Primacy of Consciousness” was convened under a partnership between the Galileo Commission, the Academy for the Advancement of Postmaterialist Science, the Institute of Noetic Sciences, and the Scientific and Medical Network in the UK. Scientists and thinkers of all varieties gathered virtually to discuss consciousness from their own perspectives as physicists, biologists, psychologists, etc. There was a strong feeling among the 700 participants that we are finally witnessing the breakthrough to a new paradigm.

The very basis of Unification Thought is precisely the new paradigm toward which science is moving.

END_OF_DOCUMENT_TOKEN_TO_BE_REPLACED

A new Netflix film, “The Life Ahead,” brings back to the screen the legendary Sophia Loren after more than a decade since her last film. Her performance in this film shows that age does not matter when it comes to giving an Oscar-worthy performance.

Directed by her son, Edoardo Ponti, and adapted from the novel, The Life Before Us by Romain Gary, “The Life Ahead” is the story of Madame Rosa (Loren), a Holocaust survivor and former prostitute who understands the challenges of young streetwalkers who are mothers, and Momo, a 12-year-old street-wise orphan from Senegal.

Finances are tight and as Rosa is preparing to sell her silver candlesticks, a young African street boy rushes in, pushes her down and steals her bag as she is waiting in line. The boy, Momo, played by young new actor Ibrahima Gueye, has been placed in the care of a local older physician, Dr. Coen, a friend and doctor for Rosa.

When he learns what Momo has done, he takes him to Rosa to apologize to her for stealing her silver.  Rosa, a crusty elderly woman who has seen it all, is skeptical of his sincerity, questions his apology, but grudgingly accepts it. The doctor then tries to convince Rosa to take the boy for a short period of time — just a few weeks or two months at most — believing she can do more for Momo than he can.

It is clear that he cares for Momo but his medical practice doesn’t allow him to spend the time and guidance the boy needs and he thinks Rosa has the grit that will be good for Momo and she can provide the guidance to try to set him on the right path. Of course, her response is, “Are you nuts? Over my dead body!” But she eventually relents and agrees to take him in for a short time.