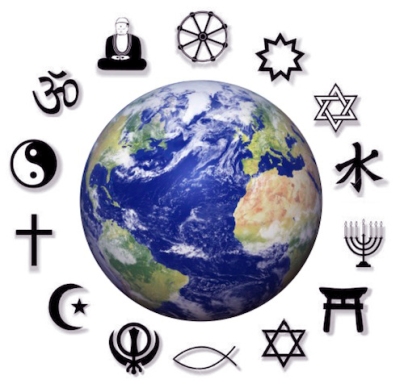 Unification Theological Seminary is not only in the middle of New York City, the Empire City, but is literally in the middle of the world because of its unique student body. The Reverend Sun Myung Moon founded the institution in 1975 as a seminary where students, scholars and clergy of all the world’s religions would meet, interact, and hopefully engage in creative dialogue. As an  adjunct UTS faculty in world religions for the last ten years, my students have been drawn from every continent, included all age groups, and claimed worshippers of all the world’s faith communities.

Since the Seminary’s founding, the planet has moved from “The American Century” to what Samuel P. Huntington characterized in his 1996 book, The Clash of Civilizations and the Remaking of World Order, as a world engaged in a cataclysmic “clash of civilizations.”  This clash of civilizations takes place daily in my UTS classroom as well as at Touro College, a largely Jewish school where I teach, and in lectures I deliver throughout the city.

This article summarizes three separate battlefields: 1) The struggle for my students to understand their own religion from a historical and academic perspective; 2) the struggle for students to keep an open mind while studying other religions; and, 3) the struggle to elaborate new strategies in  teaching world religions in a multi-religious environment.

Studying the major religions of the world sounds like a good idea to most of my students, at least until it comes to a scholarly and historical study of one’s own religion. Students are inevitably fascinated by and curious about the other religions of the world and rarely if ever doze off. But as soon as I begin lecturing about their own religion the going gets tough.

END_OF_DOCUMENT_TOKEN_TO_BE_REPLACED

These days Unificationists may ask themselves, “Where are we in the providence? Where is God’s work headed?” When Reverend Moon was alive this was not a pressing issue, because he set the direction and we could simply follow.

But since he passed on in 2012 to take his place in heaven, things on earth have not been so simple. Furthermore, in 2013 Foundation Day arrived, proclaiming the victorious conclusion of the providence of restoration, but where did that leave us?

In my experience, every time Father made a providential announcement, it typically took three or four years to comprehend its meaning. It’s the same today; we needed some distance in time to understand what has happened since the dramatic events of 2012 and 2013.  Now in 2017 we can begin to see more clearly how the providence is changing and where it is heading.

Of course, the most obvious change is that Dr. Hak Ja Han Moon, True Mother, has begun putting her stamp on the movement. Also, we are coming to know God not just as Heavenly Father but as Heavenly Parent, and some of us are exploring what it means to relate to God not only as Father but also as Mother.

Change has always been a feature of God’s providence. Reading the Chambumo Gyeong, we can see the movement has passed through different eras, from the early days of pioneer missionary work, to the 1980s when we confronted communism, to the 1990s when we developed an interreligious and international family movement for peace, to the 2000s when we could witness the dawning of God’s royal sovereignty.

As the providence advanced from one stage to the next, we had to change our mindsets to adapt to new realities and challenges. So what is new about the reality of this era, and how should our mindset change to better align with the era of True Mother?

END_OF_DOCUMENT_TOKEN_TO_BE_REPLACED

Before my Mother passed into the Spirit World, I was given a perfect opportunity to offer her my final thoughts.

Ours was a tenuous relationship at times, often marked by long periods of silence. Her fears concerning my chosen faith course would often lead up to our intermittent silences. Before she ascended, my mother was diagnosed with vascular dementia, and that robbed her of her short-term memory. When I learned of her illness and its dire effects, it came to me clearly that my actions and words would be offered to insure her successful, unfettered ascension.

And so, my wife and I made plans to visit. She had moved far away, but there was still time. When we arrived at her home, my Mother looked both happy and relieved. Our last visit was a good time; sharing time, stories, laughter, and memories of long ago.

The day before my Mother passed, my sister, her caregiver, emailed to say Mom was fading fast and Hospice didn’t see her living much longer. If I wanted to, I could call and my sister would place the phone near her on speaker so Mom could hear and I could offer my farewell. My oldest son, viewing my distress with this sudden yet expected turn of events, suggested I sleep on my final words and compose my thoughts the next morning.

Following his advice, early the next day, somewhat surprisingly, the paper pulled the ink from my pen as fast as I could write. Forty some minutes after I got through on the phone and offered her these words, my Mother passed into the Spirit World where she now enjoys a successful ascension.

On the eve of your passing, Mom, I offer these final thoughts.

END_OF_DOCUMENT_TOKEN_TO_BE_REPLACED 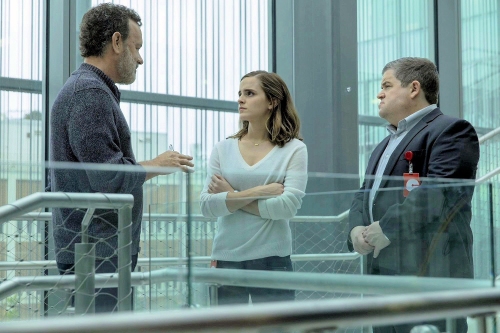 Is it possible to go too far with our digital technologies? Is total transparency a good thing? If the majority of people in the world were digitally connected and our lives were out in the open, could we have a better, safer world? Are people ready to live in a totally transparent, digital world?

The new film, “The Circle,” attempts to answer these questions. “The Circle” focuses on a young woman, Mae Holland (Emma Watson), who lands an entry-level job in customer service at the Circle, a massive, powerful tech conglomerate, through a good friend who works in the company. Imagine Google, Facebook and Amazon all rolled into one company. That’s the Circle.

Eamon Bailey (Tom Hanks), CEO and co-founder of the Circle, is an energetic and charismatic leader who appeals to the idealism of his employees — all of whom seem to be under the age of 35. With the personality of a Steve Jobs/Mark Zuckerberg, Bailey and his COO and co-founder, Tom Stenton (Patton Oswalt), emphasize transparency and accountability with each new digital breakthrough they unveil. Much like the practice in today’s big tech firms, there is a regular company-wide gathering in which the new innovative breakthrough of the day is showcased and employees can cheer and marvel as their company pushes the boundaries of technology without questioning it.

Mae is drawn deeper and deeper into the Circle. Bailey is good at coming up with catchy names and phrases and selling the new tech innovations through personal stories that touch the emotions and ignite the idealism of his employees – most especially Mae. In her first week on the job, she is introduced to a webcam the size of a marble that is heralded as a means to a totally transparent world where no one can get away with discrimination, human rights abuses or crime, dubbed “SeeChange.” Bailey’s catchphrase is, “Knowing is good but knowing everything is better.”

Shortly after the launch of SeeChange, a U.S. senator trying to open an investigation against Bailey is forced out of office due to seemingly questionable actions unearthed by Circle technology operating under the guise of transparency.  Mae and her colleagues see this as a reason to celebrate their company’s role in making a change for the better.

END_OF_DOCUMENT_TOKEN_TO_BE_REPLACED 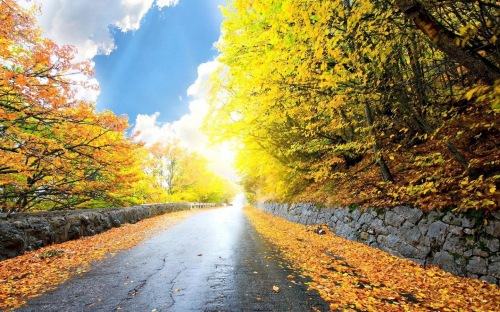 The 2013 advent of Foundation Day for the Unification Movement was the pinnacle of achievement of Rev. Sun Myung Moon and Hak Ja Han Moon, known as the True Parents, accompanied by True Mother’s instructions in January 2013 to pray to our Heavenly Parent. A plethora of questions arise with this declaration.

These ontological questions clearly point to a serious contemplation of a veritable cosmic paradigm shift in our understanding of the Godhead in the Unification Movement as we begin our journey of discovery toward God’s true essence of both femininity and masculinity. This “Royal Road” explores the need for a gender-balanced view of God and Divine Principle coupled with an equally important understanding of the more fundamental aspects of God’s internal nature and external form and how they are manifest in harmony with the gender-balanced  concept of “Heavenly Parent.” This is the process of getting to the Ideal. The journey on this royal road of inquiry and discussion requires asking questions and waiting and listening for Heavenly Parent’s reply.

True Parents’ Foundation Day victory has ushered in an era where long-awaited events, the foundation for which the Unification Movement founders and membership labored tirelessly, were achieved.  Unificationists believe Lucifer surrendered in 1999, and both the end of indemnity and end of the restoration providence were declared. These events, culminating in the advent of Foundation Day itself, establish a turning point for the study of Divine Principle. It pivots the providence from a linear restoration understanding, beginning with the Human Fall and quest for salvation through restoration history, toward what could be termed “The Royal Road”: a pursuit of God’s original design as discussed in Chapter One, “The Principles of Creation.”