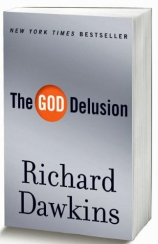 by Keisuke Noda, Professor of Philosophy, Barrytown College of UTS

Recent atheist movements led by Richard Dawkins and Sam Harris have been undermining religion on the basis of “science.” Religious apologetics similarly attempt to justify their beliefs based upon “science.” Before we approach the question of the “unity” of science and religion, we need to clarify the nature of scientific knowledge as well as that of religious knowledge.

What Does the “Unity’” of Science and Religion Mean?

There are two contrasting attitudes towards religion: one apologetic and another anti-religious. Others are somewhere in-between. Religious people often take an apologetic stance and try to find supportive evidence in the sciences. For them, “unity” means compatibility between or a justification of faith by science.