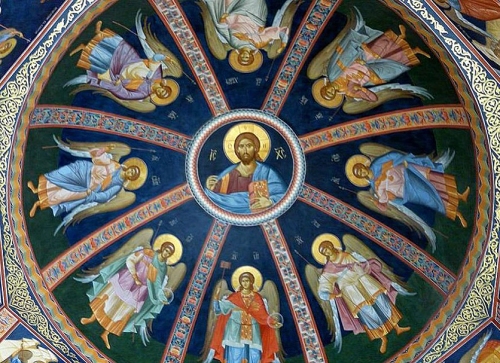 On March 16, 2018, Dr. Hak Ja Han Moon, True Mother, made an historical remark at Famicon 2018 at the International Peace Education Center in Las Vegas. In her address, she referenced the need for updating the Divine Principle: “In the future, the Divine Principle will need many updates. What I mean is that theories from the Completed Testament Age do not suffice.”

Last year on this site, I authored “The Royal Road to Original Design: Divine Principle Post-Foundation Day and the Questions to be Asking.” Reading True Mother’s words encouraged this second article on the Royal Road journey toward the essential lessons found in the Principles of Creation.  It is there that the building blocks of God’s Ideal are to be found.  Essential to keep in mind is a collaborative exploration. The Realm of Heaven is built together with God so in this article’s title is the concept of living with God.

As the Original Design takes shape, we open our hearts in intellect, will and emotion to build with God.  To consider an interactive approach for the new era of Cheon Il Guk is to move beyond the requirements of God’s providential history where living for God meant to accomplish the necessary restorational demands to defeat evil.  Yet, it is the working with God that will usher in the dynamic interaction needed to pursue CIG.

In a clarifying terminology note, this article does not use the term “Kingdom of Heaven.”  It is not a gender-balanced term since it does not reflect the feminine nature of God (Latin languages always used the term “Realm of Heaven”). In this new era of Post-Foundation Day, terms such as “God’s Original Ideal or Design,” Cheon Il Guk, or “Realm of Heaven” bring a newness not yet been seen until Foundation Day.

Are we, as human beings, on the threshold of creating this Original Ideal alone with only God’s guidance? What of the interconnectedness of the physical world and spiritual world in that creative process? A primary question to be sure. Gen. 1:28 was not to be achieved by humankind alone, either before or after the Fall narrative. The Realm of Heaven was designed to be built in conjunction with the angelic world, whose creation preceded human creation, and enabled God’s creative expression to have an active object partner with whom God’s Ideal could be accomplished on earth.

Post-Foundation Day, it is our obligation to research the engagement of the myriads of angelic beings who were never part of the tragedy of the Fall. Furthermore, after True Parents’ victory of bringing about the surrender of Lucifer nearly 20 years ago, we need education on how to deal with those recalcitrant angels who did not follow Lucifer’s lead to surrender.  We can imagine that archangels Michael and Gabriel certainly have stood ready from the start to interact with us, build with us, and glorify God with us together in our Heavenly Parents’ creation. With the light of a post-Foundation Day world achieved by True Parents’ five victories (see my first article on the Royal Road), we can now work with the archangels and angelic world to discover how to move forward “with” God’s original vision.

Why is it that Divine Principle places little emphasis on the topic of angelology? Perhaps a better way to express this quandary would be to ask why Divine Principle dwells exclusively on the evils of an archangel, Lucifer, his actions in the Fall narrative, causing the origins of evil and fall of other angels, yet in the Principles of Creation, there are no guidelines for the ideal interactions between the angelic world and human world and how interaction was designed originally by God.  It is the need for this exploration, as a possible candidate for Divine Principle future updating, that is explored here.

Unificationism is not the only faith that has neglected the angelic world. With the recent passing of the great American evangelist, Rev. Billy Graham, his best-seller book, “Angels: God’s Secret Agents,” caught my attention. It is an informative source for the present prospectus. He recounts the story of his decision to give a sermon on the angelic world only to find nary a sermon as precedent to which he could refer. Such was the level of neglect he had found in his own research in American Protestant homiletics.

This begs the question of why, with over 300 biblical references to angels, do we speak of them so little? One begins to wonder if other religious traditions have been as neglectful. References to the three monotheistic religions of Judaism, Christianity and Islam in the copious volume, World Scripture: A Comparative Anthology of Sacred Texts, corroborates Rev. Graham’s assertion regarding the angelic world; however, when compared, the passages cited in the book show an interesting resemblance. Choosing a chronological order, in Judaism, in Psalms 91, the angels are sent as protectors of man, and in Christianity, Jesus is protected by them in Matthew 5. Islam equally maintains this vigilant aspect of angels to humankind in the Quran surah 2.

It is interesting to note that the Adi Grath in Sikhism and The Tract of the Quiet Way in Taoism also reference the angelic world. Japanese spirituality affirms the aspect of service to humankind by angels in the Omoto kyo Michi-no-Shiori, affirming only one God with any reference to other gods as but ministering angels.

In his book, Billy Graham’s biblical analysis of the many references to angels is clear and concise. He takes us through the difference between human beings and angels which would be a necessary prerequisite for any Divine Principle updates. Graham analyses how they are organized and, of course, narrates the Angelic Rebellion led by Satan, the fallen archangel Lucifer. This angelic involvement in the Fall narrative is supported in all three of the monotheistic faiths. However, Graham’s treatise concerns much more the variety of angelic roles laid out in the Bible. Protection has been highlighted above, but there is the role of angels in judgment and in prophecy as well as other spiritual duties.

It is perhaps in the personal role, however, emphasizing the cooperative element, that needs research in any Divine Principle updating.  After all, it was certainly in the interpersonal relationship of humans and angels that the Fall narrative finds its origin. It would be the logical place to begin in a Post-Foundation Day reality. If we accept the existence of angels, then to build God’s Original Design necessitates angelic and human cooperation.

Rev. Graham candidly admits we know little of the angels’ constant ministry.  He refers to I Corinthians 13:

“The Bible assures us, however, that one day our eyes will be unscaled to see and know the full extent of the attention angels have given us.”

This quotation certainly gives hope and encouragement to the Post-Foundation Day era. Divine Principle also gives us the opportunity to grasp the interaction of spirit world and physical world in the Principles of Creation, addressing the interaction of the human physical self and spiritual self. A base then is present from which human interaction with the exclusively spiritual beings who are the angels can be understood. Even the Fall narrative is insightful as to what God’s original intent was to be between the two. Such contemplation certainly begs the question of “what if” the Fall did not occur? — a question needed to be asked for a better understanding of the Original Design and appropriate interaction between humans and angels. 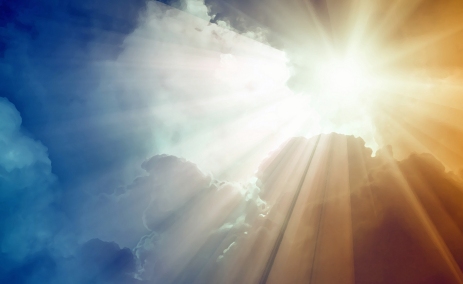 In her book, Circles of Angels, Nora Spurgin speaks of the need for the human world to reach out to the angelic world. In fact, she notes it is a necessary aspect to the dynamic relationship that a human summoning for help must occur. The good angels will not intervene without our request. In addressing this process, she speaks of a “thought-form” to call angelic help. How does this method function between the two worlds? Is it indexed on the motivation of the request or on the level of heart of the person? Is time a factor?

This point revisits one emphasized by Rev. Graham: The important issue of recognizing the inherent difference between angels and humans. Mrs. Spurgin insisted in an interview on the importance of this distinction and addresses it in her book. She explains, as does Graham, that angels are spiritual beings never having lived on earth as humans. The angelic world is, therefore, inherently different than that of the human world which dwells in both the spiritual and physical domains until which time the physical self passes away leaving the spiritual self to continue life in the eternal realm of spirit.

In Western culture, angelic beings are often referenced as good influences in people’s lives and their presence is frequently referred to in relationships, yet a clarity as to their essence eludes most of these examples. This is true in Unification theology as well. Are these experiences with good spirit persons who have passed on or are they experiences from ministering angels? How are we to know the difference and what is the importance in the knowing? As exclusively spiritual beings, do angels’ ideas of time and space differ from the finite physical world? What of the possibility of male and female angels? It becomes evident that much more research, query and investigation must begin in order to hope for establishing a working relationship between the angels and ourselves.

God’s Original Ideal is finally within grasp of progressing with the establishment of Foundation Day. Yet it would be indeed arrogant to think this endeavor is to be undertaken by human beings alone. So little is known of the angelic world, but with the best of our scholarly minds undertaking such enquiries at this time of God’s Providence, help will not only come from the angelic world, but we can arrive at the extraordinary feat of inspiring God as we grasp for understanding of how to build the Original Design in conjunction with angels. After all, this was meant from the very beginning and remains the goal and dream of our Heavenly Parent.♦

5 thoughts on “First Step on the Royal Road: Living with God and the Angels”