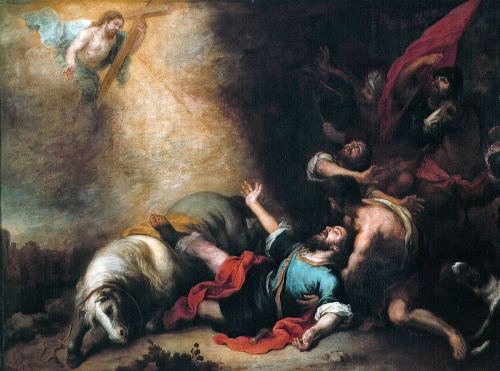 Most of us born in this era tend to take our advantages for granted. However the time of the Messiah living on earth is the shortest but most precious time period, especially compared to the providential time periods of previous ages. Studying history can be a valuable asset to learn and understand what privileged position we are in today.

Moreover, the contents of Divine Principle explain the purpose of life in great detail so that agony over fate, as seen in history, can be a relic of the past.

Contemporary science and comfortable living environments, though many are caught up by them, cannot compare with these deep contents.

Great chess players always study the historical masters in order to learn the art of playing at the highest level. So too can we Unificationists improve our attitude in this age if we study the lives of those who longed and lived for Christ in their ages.

In this article, I discuss two eras as well as two important leaders of their times.

The Era of Resemblance

A young mother approached a group of Roman soldiers, her clothes in disarray while she dragged her child along. She asked the whereabouts of the group of Christians that were to meet outside the city walls of Edessa. The prefect of the city, after criticizing her strange clothing, asked her if she did not know that they were about to search for and kill them. Her reply was this was the reason for her rush; she only was worried about coming late. When the prefect asked why she brought her child along, she answered: “It is that my child will participate in the martyrdom for God, suffer and receive the same reward as we will.”

According to the church historian Sozomenus, Eastern Roman Emperor Valens (364-378) had given a directive to punish those who came together for such meetings after he had spotted a gathering on his visit to the city the day before. He gave the order to prefect Modestus to intervene. He, in turn, sent out word about his intention of the next day’s hunt outside the city walls, intending to warn Christians so they would cancel their meeting.

In fact, it had the opposite effect. Sozomenus tells this story full of pride and even though the massacre did not take place in the end, this account was intended to inspire others to seek the same quick path to paradise.

It was in this era, the first centuries after Jesus’ death on the cross, that martyrs became the people with the highest respect and honor. It was acceptable for them to seek a quick death. 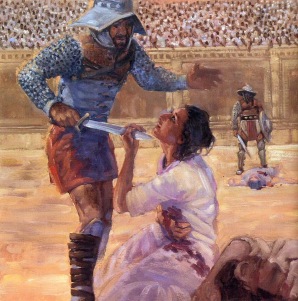 A depiction of the martyrdom of Perpetua in 203 AD.

In the mind and heart of the early Christians, paradise was waiting for them if they would die in a way Jesus their Lord did. The apocryphal Testament of Jacob, which dates from around the same time, served as a scriptural base.

Jesus admonition in Luke 23:28, “Do not weep for me; weep for yourselves and for your children,” manifested in the following centuries in a most dramatic way.

What had moved the early Christians to act under the banner of the era of persecution that lasted 400 years as described in the Divine Principle? The explanation by charismatic apostles about who Jesus was and what he did for humankind plus the repeated experiences of the Holy Spirit moved Christians in those early years. Especially in life and death situations, God reveals Him/Herself, which is still true today. But how must Jesus have felt witnessing such situations? He who came to realize the ideal of creation had to face disciples who chose death in order to resemble him and meet in paradise.

It took time until the message of Romans 13, on submission to governing authorities, took root in the Christian community and the idea of a divided kingdom was accepted and settled in the hearts and minds of Christians. A king in heaven and another on earth, one to be honored, the other to be respected — a root cause of dynasties seeking divine justification for their rule in the ages to come.

The Power of Scripture

Jesus plea on the cross in Luke 23:34, “Father, forgive them; for they do not know what they are doing,” may have opened the way for another 40 years to surrender to the crucified Lord and awakened one of the greatest individuals in Christian history. His Roman name was Saul, born in Tarsus, a well-educated diaspora Jew, Roman citizen, and as Paul, the most creative missionary of his time. Paul repeatedly tried to witness to his countrymen, but was met with hostility and narrowly escaped death. After a crucial meeting with Jesus’ disciples in Jerusalem, when they decided to witness to non-Jews, it marked the birth of worldwide Christianity.

Paul was the first to use the power of the written word in Christian history. His letters circulated in the Mediterranean area, thanks to the highly developed Roman road network. Altogether 13 letters in the Bible are attributed to him, contents that built the basis of his huge success in witnessing. Reading those letters infused the work of the Holy Spirit with countless believers until today. His writings were full of enthusiasm, theology and encouragement, anticipating the end of the world very soon, similar to Martin Luther centuries later.

The Apostle Paul’s words on faith over deeds in Romans 1:17 decisively inspired Luther, the most influential religious figure of the late Middle Ages, as he himself testified at one of his legendary table talks. 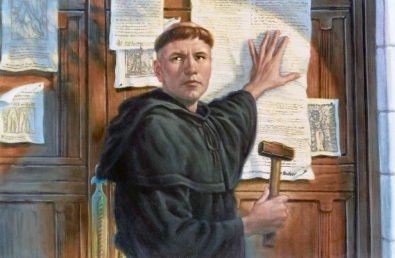 A depiction of Martin Luther posting The 95 Theses.

In April 1521, at the fateful meeting at the Diet of Worms, Luther spoke for what he is still known today. He had no fear to die, but did fear going to hell. Where else in history has the fight of word against word in the name of Christ ever before been unleashed with such huge consequences? Surely his appearance had a huge impact on people; Luther was the first celebrity of modern times and they had to respect him; even Emperor Charles V, who did not care for him, found himself unable to enforce punishment of Luther.

A century earlier, the reformer Jan Hus, who had similar ideas to Luther, was burned alive, but prophesied: “Today you burn a ‘goose’ (Hus means ‘goose’), but from my ashes a swan shall be born;” Luther became this swan. By the time he travelled to Worms, Luther already was famous and many cheered him on his way, something quite unusual, thanks to the power of his publishing. Recent scholarship indicates Luther would not have become what he is known for today without the support of his wife, Katharina von Bora, who was well-versed in Latin and could follow and even participate in the famous table talks. Luther respectfully referred to her as “My Lord Katie.”

Were not the closest disciples of Jesus women as well, including those who remained with Jesus at the cross, while his disciples ran away? Perhaps even Paul had female supporters who made him into what he is known today!

The Era of Attendance

Hundreds of generations served the providence of restoration to make the day of the Lord and Lady come true and countless generations to come will envy those who lived at the same time as True Parents on earth. It is not hard to believe that their dream had always been to live even just one moment in the presence of Christ, breathing the same air on earth.

As all ages have their challenges for believers, so it is in this age as well. Jesus Christ made revolutionary statements about God, never before heard; thus Jesus said: “New wine must be poured into new wineskins” (Luke 5:38) – i.e., adjust yourself so that the new truth will not burst in you, but bring forward new life.

Matt. 8:5-12 describes a centurion speaking of his servant: “Lord, I do not deserve to have you come under my roof. But just say the word, and my servant will be healed.”  Jesus amazement over such an attitude caused a repetition of this sentence throughout the ages and is still prayed in thousands of churches throughout the world every day.

With his sudden and unexpected passing five years ago this week, Rev. Sun Myung Moon ensured that his followers could witness firsthand a life of devotion on the highest level for heaven until the very end, making it possible by his accomplishments and example to welcome humankind wholeheartedly in the hereafter (in contrast to Jesus 2,000 years earlier).

His wife, Hak Ja Han Moon, is the first one to continue this lifestyle. Recently she welcomed European UM leaders at her home, including this author, hardly able to keep her eyes open because of sleepless nights over the European situation. For me, it is breathtaking to attend the female Messiah on earth and being blessed to experience an extraordinary privilege to live in the extension era of attendance. In this time, Mother Moon asks us to prepare fresh wineskins for fresh wine, namely to overcome our male chauvinism in order to truly attend Heaven’s First Lady.

The Apostle Paul and Martin Luther were examples of those who strove with great enthusiasm for their Lord who was not with them physically and still were ready to give up their lives for him. History teaches many lessons, but the most valuable is that which can change oneself to adjust properly to the era of attendance.♦

Rohan Stefan Nandkisore is publisher of the German magazine, Ihr Nordlandführer, on North Europe, and has been National Leader of Iceland since 1997.

2 thoughts on “The Most Valuable Lesson of History”

Articles are © 2021 by Unification Theological Seminary.